Pan Am & Parapan Am Sports Taking Place in Mississauga 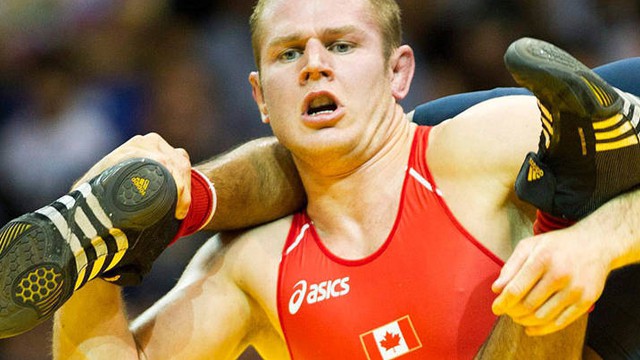 Known as the premier sports facilities in Mississauga, The Hershey Centre will be known during Games time as the Mississauga Sports Centre.

For the Games, TO2015 will use the Centre’s 5,500-seat multi-purpose arena and three additional National Hockey League (NHL)-sized community rinks. The main arena will be divided into two separate fields of play: one for karate, judo, taekwondo, wrestling and wheelchair rugby, the other for powerlifting.

Judo – How it works

Judo matches last five minutes, pitting one athlete against another. The sport encompasses throwing and groundwork techniques with scores awarded for different throws and holds.

Karate – How it works

There will be events for both men and women in five weight categories each. Each bout consists of three minutes for men, two for women during which competitors attempt to dominate the other using karate techniques. Judges award points based on execution and technique.

Taekwondo – How it works

The goal of taekwondo is to strike the opponent’s trunk and head with kicks and punches within the blue-and-red-coloured regions. Kicks of a certain power level score one point when they land in the trunk area, or two in the case of a spinning kick. A punch scores one point. During matches, athletes wear electronic vests that cover their trunks and measure the power of the kicks they absorb. Kicks to the opponent’s head are worth three points, while spinning kicks to the opponent’s head are worth four points.

Violations — such as the use of knees, pushing, holding, hitting below the waist and hitting opponents while they are on the floor — may incur a penalty.

There are four ways an athlete can win: by knocking out the opponent with a valid technique; by scoring the most points; by amassing a 12-point advantage at the end of the second round; or upon disqualification of the opponent.

Competitions take place in eight weight categories (four for men and four for women) and in direct elimination brackets. The winners of each bracket vie for the gold medal in their weight/gender category. All participants who lose to one of the finalists at any stage of the competition go to the repêchage bracket. The two losers at the semifinal stage face the winners of two repêchage brackets for the bronze medal.

Wrestling – How it works

Only arms and upper bodies can be used and held in Greco-Roman wrestling. The objective is to force the back of the opponent’s shoulders to the mat. Bouts are made up of a maximum of two periods; each period can last up to three minutes. Points are awarded based the degree of technical difficulty for the hold. The first wrestler to win two rounds wins the bout.

In freestyle wrestling, wrestlers can also use their legs and hold their opponents above or below the waist.

Goalball – How it works

Goalball is played exclusively by athletes with visual impairments, using a ball with bells inside. Two teams of three face off on an indoor court with tactile lines and goals at either end. Because athletes must hear the ball and be able to concentrate, spectators are asked to remain silent during the game but are free to cheer when a goal is scored.

All athletes wear eyeshades so that athletes of varying degrees of vision can compete together.

Two teams of three face off on an indoor court with tactile lines and goals at either end. The object is to score by rolling the ball through the opponent’s goal. Players attempt to block the shots using his/her body. The team with the most goals wins.

Because athletes must hear the ball and concentrate, spectators are silent during the game but free to cheer when a goal is scored.

Powerlifting – How it works

Powerlifting is open to athletes with all eight eligible physical impairments, provided these impairments have a certain severity that impacts on sport performance. All athletes have an impairment in their lower limbs or hips, which prohibits them from competing in able-bodied weightlifting, and all athletes compete in one sport class.

Assuming the benchpress position — lying on bench with head and body (including buttocks) touching bench — athletes lower the bar to their chest. Once the bar is motionless, athletes must press upwards until their arms are straight and hold the bar still until the referee gives the signal. Athletes are given three tries for each lift.

Men and women compete separately and depending on their weight class.

Wheelchair Rugby – How it works

The objective of the sport is to score more goals than the opponent. To do so, players move toward the opponent’s end by carrying, dribbling or passing the ball, and must touch the goal line with two wheels while in possession of the ball to be considered a goal.

Wheelchair rugby is open to players who have limited or no function in three of four limbs.

To get ticket to the events just go to http://www.toronto2015.org/tickets.