Pair of Mississauga residents arrested in connection to murder investigation 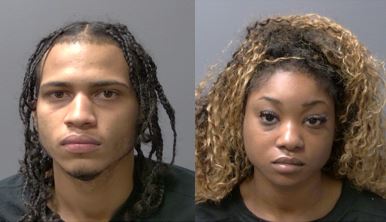 Peel Regional Police (PRP) has arrested two suspects in connection to a murder in Brampton.

At approximately 4:34 a.m. on October 5, PRP was called to a residence on Yately Street in relation to a shooting.

Upon arrival, police discovered a man, 28-year-old Mississauga-resident Tanveer Sidhu, suffering from a gunshot wound. First-aid as administered to Sidhu, but he succumbed to his injuries at the scene.

Both Silveira and Morrison were charged with:

Both parties attended the Ontario Court of Justice in the City of Brampton on October 9 for a bail hearing.

“This incident reinforces the narrative that our communities are suffering the consequences of violent crime committed with illegal firearms.  It is the outcome of an equation which includes interim release of dangerous offenders with a history of criminal activity.  At the time this homicide took place, Silveira was the subject of 3 bail recognizances.  One of which placed him on house arrest.  It is a dangerous trend which inhibits our (police) ability to mitigate community risk and prevent the tragic results we are seeing far too often.  We need to do better to protect our communities,” Chief Nishan Duraiappah said in a news release.

The investigation is still on-going, and anyone with relevant information is urged to contact the Homicide and Missing Persons Bureau at 905-453-2121, extension 3205.