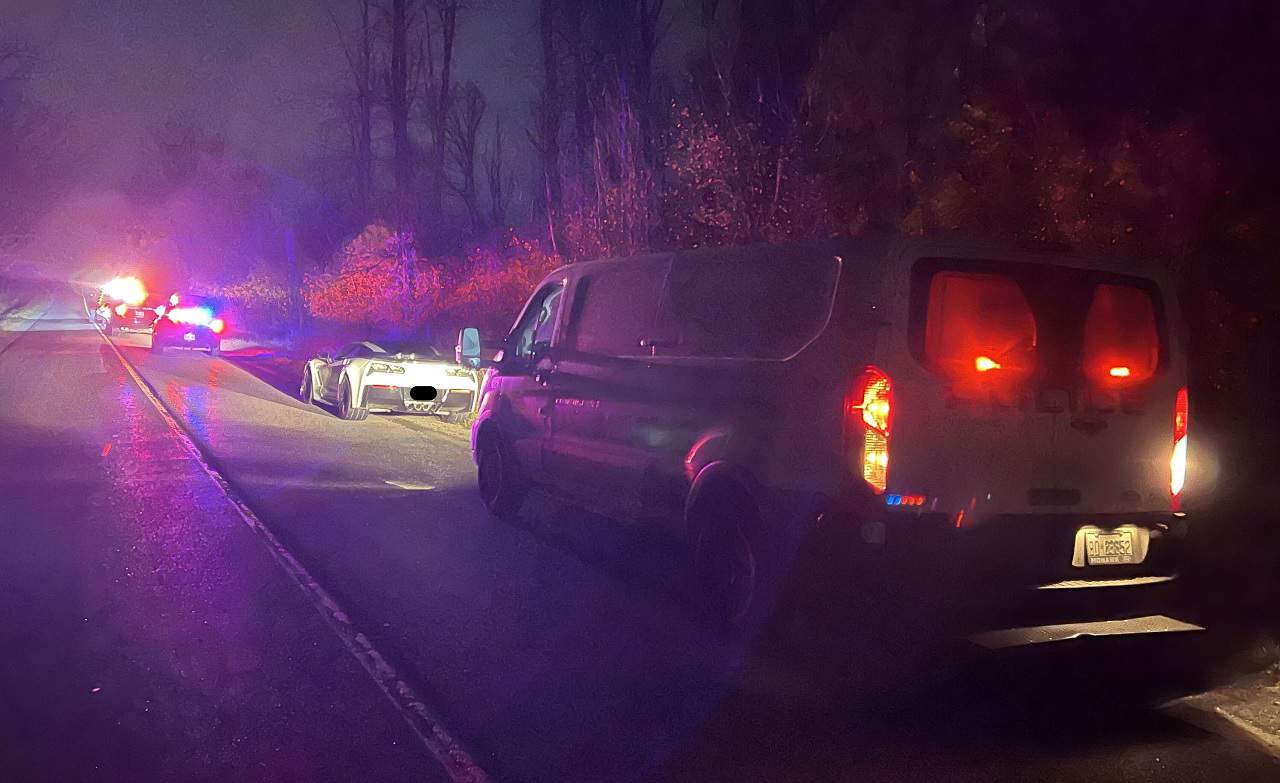 A pair of drivers in Hamilton, including one who was operating a high-end luxury sports car, lost their driving privileges after being stopped on a rural road late Friday night.

Hamilton Police said officers caught two drivers travelling in the range of 113 to 119 kilometres per hour on Regional Road 56 last weekend. Both face the consequences embedded in Ontario’s stunt driving law — a 14-day vehicle impound and a 30-day licence suspension.

One of the vehicles appeared to be a white luxury sports car.

Stunt driving applies if someone is at least 40 km/h above the speed limit. A tweet from HPS did not state what the speed limit was along the stretch of RR56 where the two were stopped. Speed limits are normally 80 km/h out in rural areas, but they can reduced in areas that have tight turns or narrow shoulders. A photo shared by HPS indicated that the stop came on a narrow stretch of the road.

Our officers caught these vehicle travelling 113-119 km/hr on Regional Road 56, before they were pulled over on Friday night.

Thankfully, no one was hurt. #DriveSafe pic.twitter.com/I1OesMvwge