Pair in custody after armed robberies at Clarington convenience stores 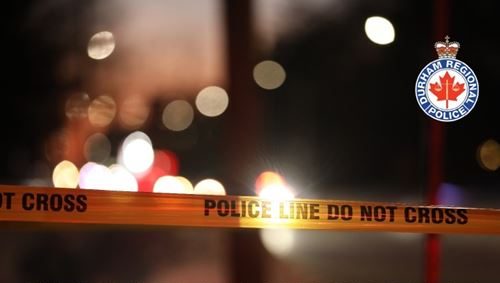 Two suspects are in custody after a pair of Circle K convenience store armed robberies in Clarington last week, with investigators having to bring out the K-9 Unit after the pair smashed into a police cruiser before attempting to escape on foot.

The first robbery happened last Wednesday morning at the Circle K on King Street when Kenneth Wingfield, 43, allegedly entered the store just before seven a.m. Wingfield, police, say was carrying a gun and demanded cash before fleeing on foot.

Two days later police were called the Circle K store at Taunton Road and Trulls Road for another armed robbery. Police say Wingfield entered the store just before five a.m. brandishing a gun and made a demand for cash and cigarettes. The suspect then fled to a nearby vehicle driven by Krista-Lynn Darling 38.

The clerks were not inured in either robbery.

Police eventually located the vehicle – now being driven by Wingfield – near Highway 2 and Farrow Avenue in Newcastle. The suspect vehicle then struck the police car before losing control and leaving the roadway. The suspects fled on foot. With the assistance of the K-9 Unit and PSD Klutch, officers located the pair in a nearby field and made the arrest. Police also seized an imitation firearm.

Further investigation linked the two suspects to the November 16 robbery.

Wingfield, of Oshawa, is facing several charges, including two counts of robbery using a restricted or prohibited Firearm, dangerous operation of a vehicle; two counts of disguise with intent and flight from peace officer.

Darling, of Pickering, is charged with two counts of robbery using restricted or prohibited firearm.

They were both held for a bail hearing.

Anyone with new information about this investigation is asked to contact the Major Crime Robbery Unit at 1-888-579-1520 ext. 5355 or [email protected]