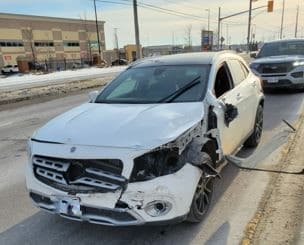 Police say the driver of this vehicle intentionally crashed into two police cruisers while trying to evade police in Caledon on Jan. 4, 2021. (Photo courtesy of the Caledon OPP)

Police have charged a pair from Mississauga and Caledon after police cruisers were allegedly rammed during a getaway.

Just before 1:00 p.m. on Tuesday, police say officers from the Caledon OPP went to a residence in the Centreville Creek Rd. and Old Church Rd. area of Caledon after receiving reports that a man at the residence was in breach of conditions.

That’s when police say the suspect and another man fled the scene in a vehicle and intentionally rammed into two police cruisers and one other vehicle.

The suspects also allegedly sped towards officers, forcing them to jump out of the way of the oncoming vehicle. 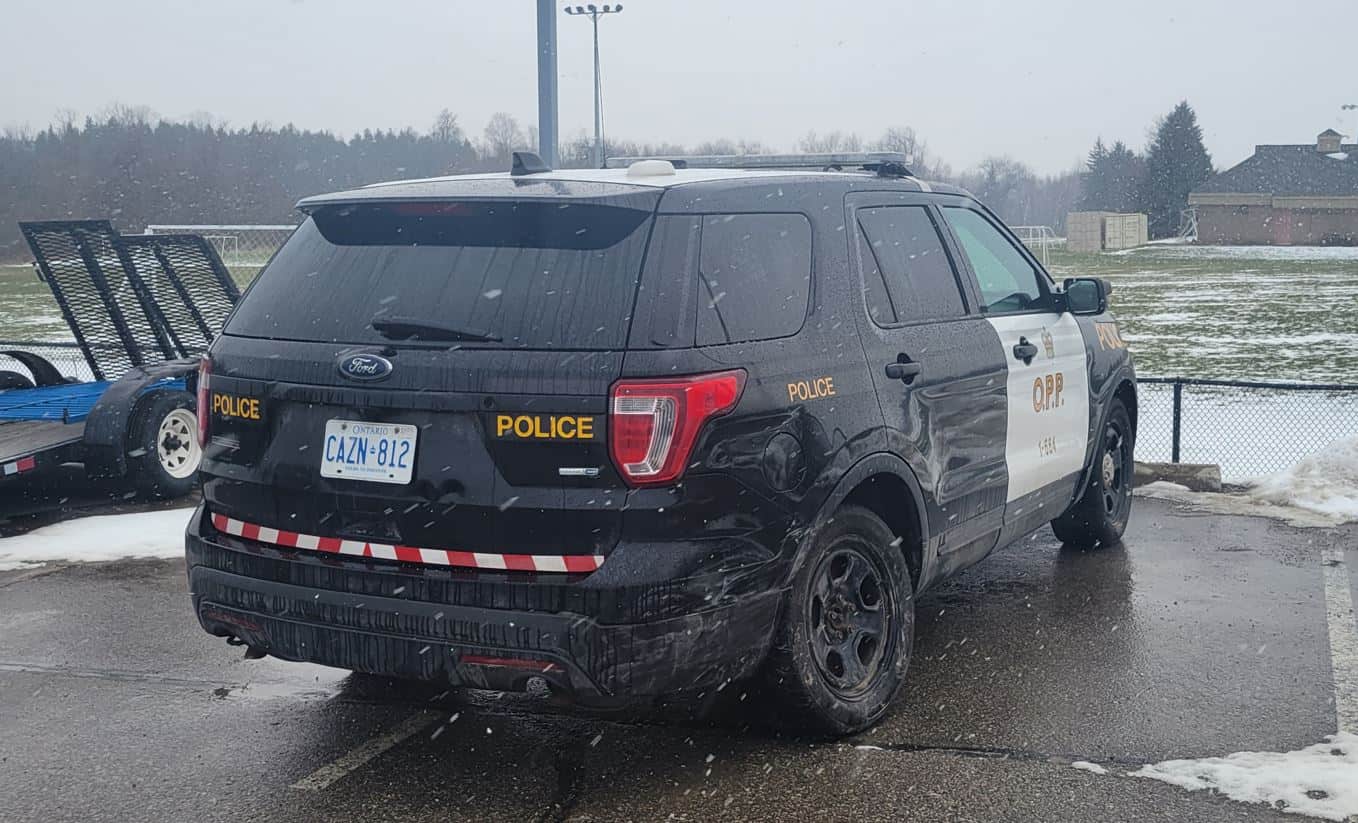 Police say the driver took off and got into yet another collision on the road before officers located the vehicle with only one of the occupants inside.

The other suspect was later found at a residence in Brampton, and both people have been charged.

Harendra Singh, 24, of Mississauga was charged with:

Rubalpreet Kaur, 22, of Caledon has been charged with:

No injuries were sustained as a result of this incident.

You can also contact Peel Crime Stoppers anonymously at 1-800-222-TIPS (8477) or online at www.peelcrimestroppers.ca.