Pac-Man Invading the Streets of Sauga for April Fools 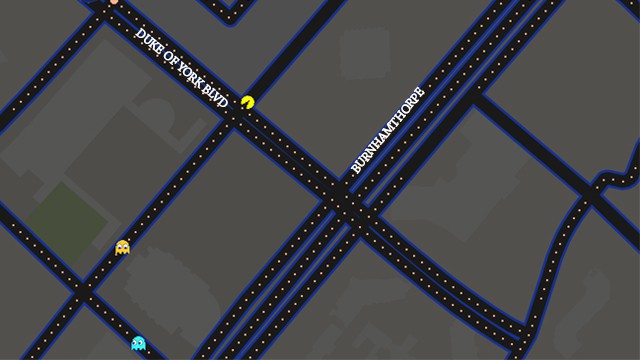 Google has released a new feature for Maps that lets you turn any location into a game of Pac-Man — all you have to do is click the new Pac-Man button that resides in the lower left corner of the screen.

When you do, whatever section of the world you’re looking at will transform into and old school game of the arcade classic, complete with four colorful ghosts and the iconic music.

While developers have created similar hacks before, this version of Google Maps Pac-Man comes directly from Google, and is supported by mobile devices.

This isn’t the first time Google has mixed video games and Maps in time for April Fools’ Day, as last year the company let you catch Pokemon using its mapping tool. As for Pac-Man, you can play it right now — and be sure to check the support page for tips on the best places to play.

Don’t get to close to Square One as it won’t allow you to play because it says there’s not enough streets.