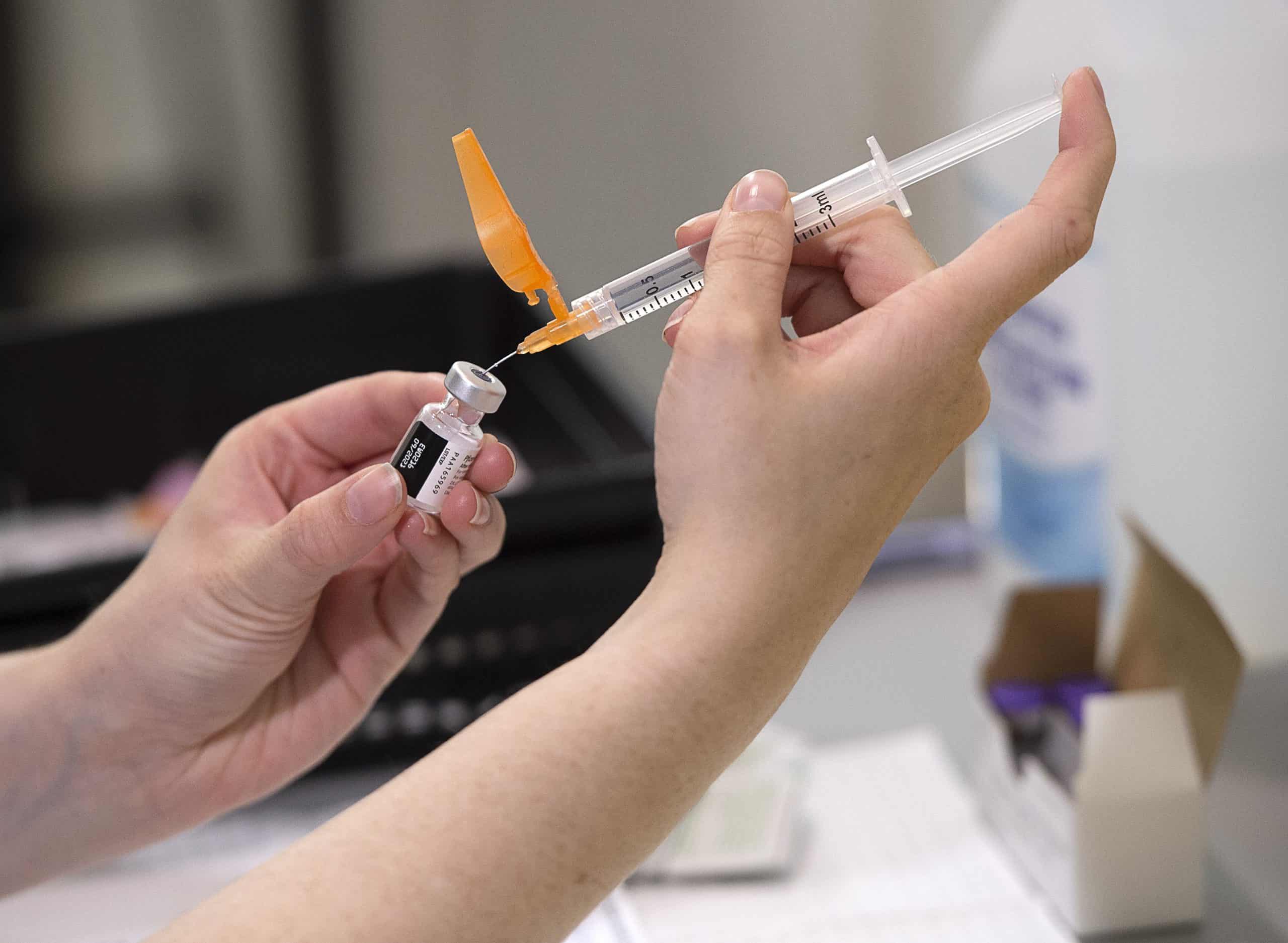 A majority of Canadians support a system that would require proof of vaccination to access some non-essential services, a new poll suggests as the fourth wave of the COVID-19 pandemic takes hold.

Seventy-six per cent of respondents to the survey by Leger and the Association for Canadian Studies said they would strongly or somewhat support a vaccine passport like the one Quebec is implementing.

Quebecers are even more supportive of the measure, with 81 per cent saying they are in favour of the plan, which will apply in places like bars, concerts and festivals where there are lots of people in a confined space.

That’s despite a weekend rally that drew thousands of protesters to the streets of downtown Montreal, calling for Premier Francois Legault to reverse his decision and hold a debate on the matter.

The questions around vaccine passports come as the poll suggests optimism over the pandemic is waning, said Andrew Enns, executive vice-president of Leger.

“I look at these numbers, and I get the feeling Canadians are starting to feel a little bit uncertain in terms of where the pandemic is heading,” he said, pointing to tracking the Leger has done of people who believe the worst of the pandemic is over.

“That number has been dropping now for the better part of a month.”

In the latest round of data, 44 per cent of people said they felt the worst of the pandemic had already past. That’s down from a high of roughly 70 per cent in late June.

Enns attributed that to the spread of the Delta variant of COVID-19, which is fuelling the fourth wave of the pandemic.