Over a Dozen UFOs Spotted in Mississauga Last Year 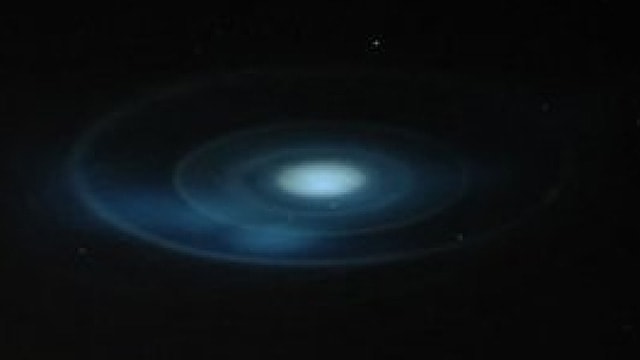 People who believe that mysterious things enter our atmosphere fairly frequently can take comfort in the fact that they’re not alone–the recently released Canadian UFO Survey revealed that 13 UFOs were sighted in Mississauga in 2016.

The report, released by the Manitoba-based Ufology Research, outlines various sightings in its extensive collection of data. Most of the website is archaically minimalist and looks like it was designed by a student taking a basic HTML class in 2003, but the content is nothing if not super fun (and interesting).

The Ufology Research of Manitoba has actually been collecting sightings from Canadian researchers since 1989 and compiling the data into its annual Canadian UFO Survey.

The website, basic though it is, is supremely detailed and vast. It even boasts a catalog of physical trace cases in Canada that date back as far as 1880. If you take a look, you can see a breakdown of various crop circle and other abnormalities that have occurred in Canada over the last century or so.

Last year, a whopping 1,131 UFO sightings were reported — which is high, but a little down from last year’s total of 1,267. The year with the greatest number of sightings was 2012, when 1,981 reports were recorded. The 2015 survey essay mentions that 2012 was also thought by some to be the last year on earth, as it marked the end of the Mayan Calendar. So, perhaps the sightings had more to do with people’s preoccupation with the supposedly imminent end of days than extraterrestrial aircrafts, but who’s to say?

According to the report, most UFO reports were recorded in the warmer months, with June, July and August representing a combined 37.7 per cent of all cases.

Last year, however, the sightings were relatively unremarkable.

“Most UFOs were simple lights in the sky, known as Nocturnal Lights (54.9 per cent), and Close Encounters comprised less than one per cent of the total,” the report reads. “This is borne out by the bell-shaped distribution of Strangeness in 2016, where most UFO sightings were unremarkable and simply lights or distant objects moving in the sky.”

Naturally, Canada’s most populous provinces boasted the most UFO sightings. According to the report, Ontario  made up 26.3 per cent., BC 17.2 per cent and Quebec 38.5 per cent. The report says the unusual overabundance of UFO reports in Quebec has much to do with the fact that the province has several civilian UFO groups, all with active public awareness campaigns.

As for what people were seeing, most observers reported strange lights, while others claimed to have witnessed triangles, balls, fireballs and, less frequently, the stereotypical flying saucer commonly depicted in pop culture.

One thing that was unusual about 2016 was the lack of explanation for what the objects might have been.

Researchers say this change is linked to a more rigorous evaluation process during data entry in 2016.

“This makes comparisons with previous years a challenge, but does not adversely affect other categories. The percentage of UFO cases considered Unexplained in 2016 has dropped to 4 per cent, the lowest in 28 years of study. Again, this is likely a result of more careful scrutiny of raw report information available. Curiously, the percentage of Explained cases is likewise low, only 1.5 per cent, the lowest since 1992.”

So while most sightings aren’t terribly exciting (or concerning, rather), there were some creepy reports.

In terms of highly unusual encounters, the report notes that April 15 at 1:26 am in Toronto, the pilot of an aircraft observed a bright light flying above him, in the opposite direction of his airplane.