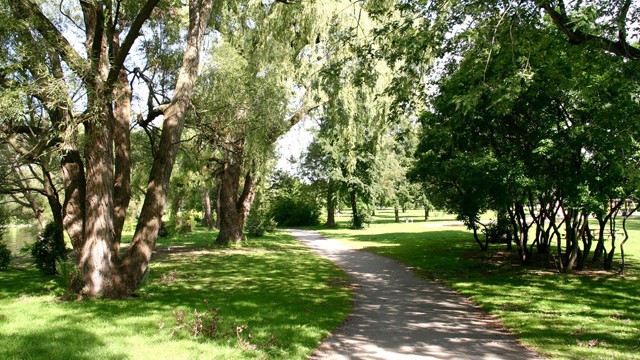 Marie Curtis Park is a scenic slice of nature that sits in Etobicoke and generally welcomes sightseers, dog walkers, cyclists and, most recently, dozens upon dozens of people who can’t stop having sex.

On Nov. 19, the Toronto Police 22 Division is hosting a Walk the Beat event on the Etobicoke side of the park to “discuss the issues plaguing Marie Curtis Park”. At the event, officers will be on hand to discuss Project Marie, the initiative being implemented to stop the scourge of raucous public copulation that’s been plaguing the park for some time.

On the City of Toronto’s Parks, Forestry and Recreation website, they say that the park is a great destination for a day of fun with family and friends. When they were thinking of fun with friends, I don’t think they had these sorts of meetings in mind!

According to a recent CityNews article, over 70 people have been charged after multiple residents complained that the park had been “taken over by people in engaging in sexual acts.”

CityNews reports that police increased surveillance in the park after numerous complaints alleging public sex were lodged. Now, 72 people have been charged and some will have to appear in court.

“We have walked in on people actively engaged in sexual behaviour,” Const. Kevin Ward told the news outlet. “There have been 88 charges laid under the Toronto City Bylaws and the Provincial Offences Act.”

According to the article, a registered sex offender was charged for exposing himself near children and men were caught engaging in sex acts during daylight hours. Other people have been caught getting frisky in other parts of the park.

CityNews also reports that residents have said that they are sometimes approached for sex by men they don’t know while passing through the area.

The Walk the Beat event, which will run from 1:00 p.m. to 6:00 p.m., will facilitate a meeting between residents and community response officers. During the event, officers and civilians will walk through the park together and take a “grassroots” look at the problem.

Other than discussing the epidemic of public lewdness and how to fix it, residents are also welcome to assist in a park clean-up, take part in kid-friendly activities and enjoy hot chocolate and snacks.

At dusk, there will be a candlelight march to Take Back the Park.