Over 3,000 Animals End up in Mississauga Animal Shelter Every Year 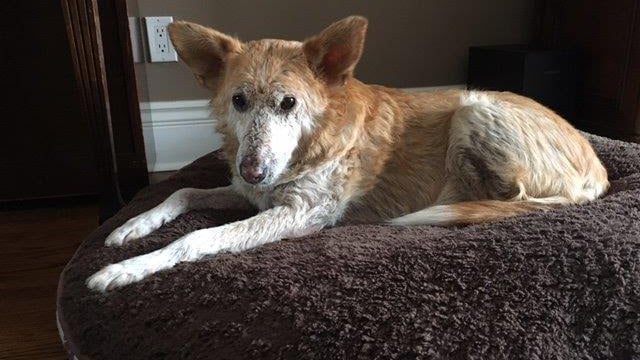 In a world where bad news stories seem to be the only ones out there (fires, crimes, accidents, hydro rates, Trump), it’s nice to hear about something that’s joyful and positive all around.

Recently, the city announced that Mississauga Animal Services found forever homes for an incredible 1,009 animals–up from just 663 adoptions in 2015.

According to the city, many of the recently adopted pets were displaced from their homes due to owner’s allergies, illnesses or changing housing situations. Although it can be incredibly traumatic for animals to leave the homes they’re accustomed to–and often feel loved in–it’s good to know that many are enjoying a second chance to thrive with new families.

“Mississauga Animal Services couldn’t have done it without the many caring animal lovers in the city,” city representative Hicks told insauga.com in an email. “Thanks to residents and adoption partners, Animal Services successfully adopted 1,009 animals throughout 2016 compared to 663 adoptions in 2015.” Nanook, an energetic Siberian Husky, was adopted by his new dad James, left, and doggie friend Beckham on Friday. Animal Services employee, Nick, who assisted with the adoption is on the right.

According to Mississauga Animal Services, the organization typically houses a minimum of 60 pets a day during the low season (the winter months) and up to 200 pets during the warmer months. On average, the service shelters and cares for more than 3,000 animals a year.

One challenge the organization faces involves finding homes for animals with special needs or those who are very senior and require extra care.

“Staff work hard to find every adoptable pet a home, including those pets with special needs or senior pets that may require specialized care through the Special Care for Animals and Resources Fund (SCARF),” Hicks explains. The shelter relies on donations to the SCARF fund to allow specialized surgeries, medications, foster supplies and spay and neuters for pets in our care. Bella, was adopted by her foster parent on Friday, March 3. Bella had extensive surgery on both ear canals which was paid for by the SCARF fund.

In order to raise awareness of the shelter and find homes for the prospective furry family members, adoptable animals are listed through Petfinder, the shelter website and through “Pet of the Week” posts on social media.

“Animal Services works closely with many adoption/rescue partners that assist with placing specialized pets that do not do well in the shelter,” Hicks says. “Adoption dogs and cats come with a first set of vaccinations, de-worming, spaying or neutering if age appropriate, a microchip and a one-year pet licence for Mississauga residents.”

As for how the shelter functions, the organization says that cats and dogs are housed in individual kennels for their safety and that both animals have access to outdoor spaces. The animals also get to interact with volunteers, ensuring they get to enjoy exercise and social interaction.

While most animals manage to find forever homes in relatively short order, some pets stay for several months.

Another interesting tidbit? The shelter has a reading room that allows volunteers to read to cats, as the interaction has been shown to calm shy and nervous kitties. Also, residents who aren’t quite ready to commit to full-time pet ownership can foster an animal temporarily in their home until the pet is ready for adoption or can fit into the shelter.