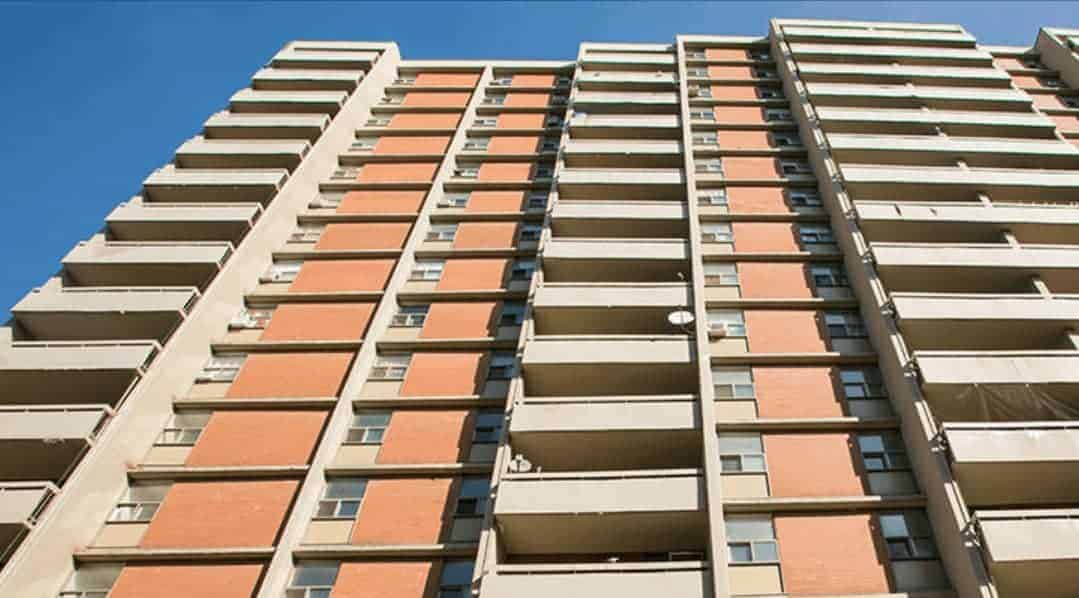 The outbreak at a downtown Hamilton apartment building has grown to 103 cases among staff and residents as of Monday (May 10).

Hamilton Public Health Services declared an outbreak at Rebecca Towers, located at 835 Rebecca Street, last Monday (May 3) after 55 people tested positive for the virus and one person died.

Over the weekend, tenants of the building held a press conference to raise awareness surrounding the conditions in the building and calling for Public Health to hold an on-site vaccination clinic.

The 17-storey building, managed by Toronto-based Medallion Corporation, contains 164 total units. Tenants have reported that since earlier this year, there has been just one working elevator in the building.

Tenants at the Rebecca Towers, site of #HamOnt's biggest #COVID19 outbreak held a socially-distanced press conference on May 7th to raise their concerns with issues in the building and to request the City provide an on-site mobile vaccination clinic. #frontlineworkers pic.twitter.com/eMPXvIC1Ab

When the outbreak was declared, Hamilton’s Public Health Services said they were investigating the contributing factors in the outbreak but also suggested that close contact between apartment residents and socializing between individuals from different units may have contributed to the transmission.

Some of the Rebecca Towers cases have screened positive for the variant of COVID-19 that originated in the UK, which has been known to spread more easily.

There are 1,124 active cases in the community at the moment with 44 active outbreaks. There have been 369 deaths in Hamilton associated with the virus to date.