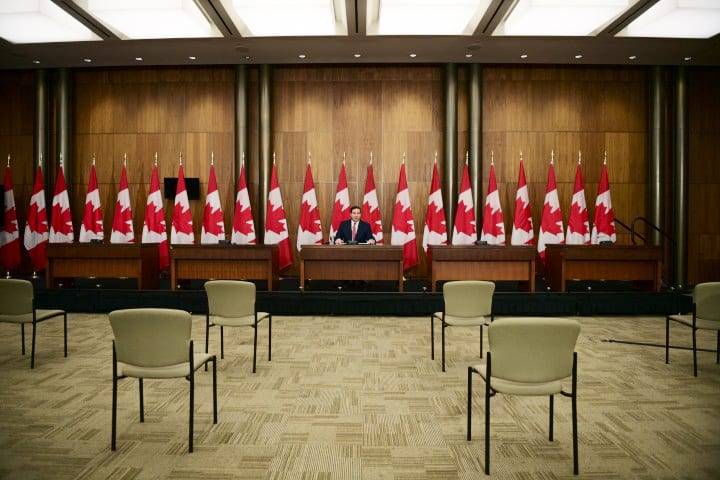 OTTAWA — The federal government is moving forward on efforts to help citizens of Hong Kong remain in Canada rather than return home amid China’s clampdown on democracy.

One of several new immigration programs designed to give Hong Kong residents a safe haven in Canada will open for applications on Monday.

The program is open to Hong Kong residents who’ve graduated with a Canadian post-secondary diploma or degree in the last five years or hold an equivalent foreign credential.

They’ll be eligible to receive a work permit for up to three years, which could in turn open up the option for them to remain in Canada permanently.

While the program is available both to people living in Hong Kong and those already in Canada, given COVID-19 travel restrictions, it’s expected the majority of those who will benefit initially are already here.

“With flexible open work permits and a fast-track to permanent residency, skilled Hong Kong residents will have a unique opportunity to develop their careers and help accelerate Canada’s economic recovery,” Immigration Minister Marco Mendicino said in a statement.

Details of the other two programs — one targeting residents with one year of work experience in Canada and the second for recent graduates coming directly from Hong Kong — are still being worked out.

All were announced last fall as demands grew for the Canadian government to do more in response to the Chinese government’s move to implement new laws and measures in Hong Kong understood as efforts to suppress the freedom of people living there.

Word that the open work permit program will open on Feb. 8 comes as the Chinese government appears to be putting pressure on Canadians in Hong Kong.

China doesn’t legally recognize dual nationality in Hong Kong, but as many as 300,000 people living there are believed to hold both Chinese and Canadian permanent residency.

Concerns are now rising that China will start enforcing the law on dual nationality more broadly which could cut Canadians off, for example, from consular access.

In recent weeks, reports have surfaced of people who hold both Chinese and Canadian passports being detained and forced to pick a nationality.