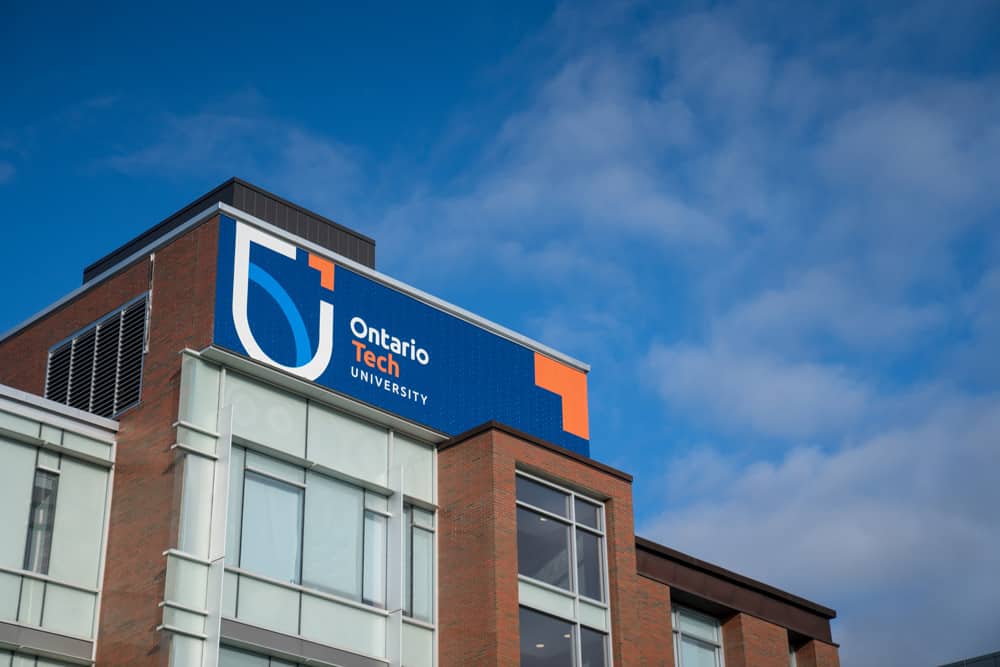 Ontario Tech University research reputation continues to trend upwards on the national stage after the Oshawa school was ranked #2 for 2022 in the Undergraduate category for Research University of the Year.

The accolade comes from Research Infosource, Canada’s premier research ranking organization and a leading provider of research intelligence for business and higher education.

Currently in its 20th academic year and still one of the country’s youngest research-intensive institutions, Ontario Tech has climbed to the top of the rankings for its research portfolio among its peers and solidified its growth in industry-sponsored research income.

The rankings, which were released today (January 18), specifically reflect data for the 2020-2021 fiscal year.

Ontario Tech has emerged as a vital research hub and cluster of expertise anchoring the eastern Greater Toronto Area. It has built more than 80 world-class research and laboratory facilities that support a diverse research community of award-winning faculty and graduate students.

Among all universities in Canada Ontario Tech finished 37th (up one spot from the previous year) with $21,170 in sponsored research income.

McMaster University in Hamilton was ranked ninth in the nation.