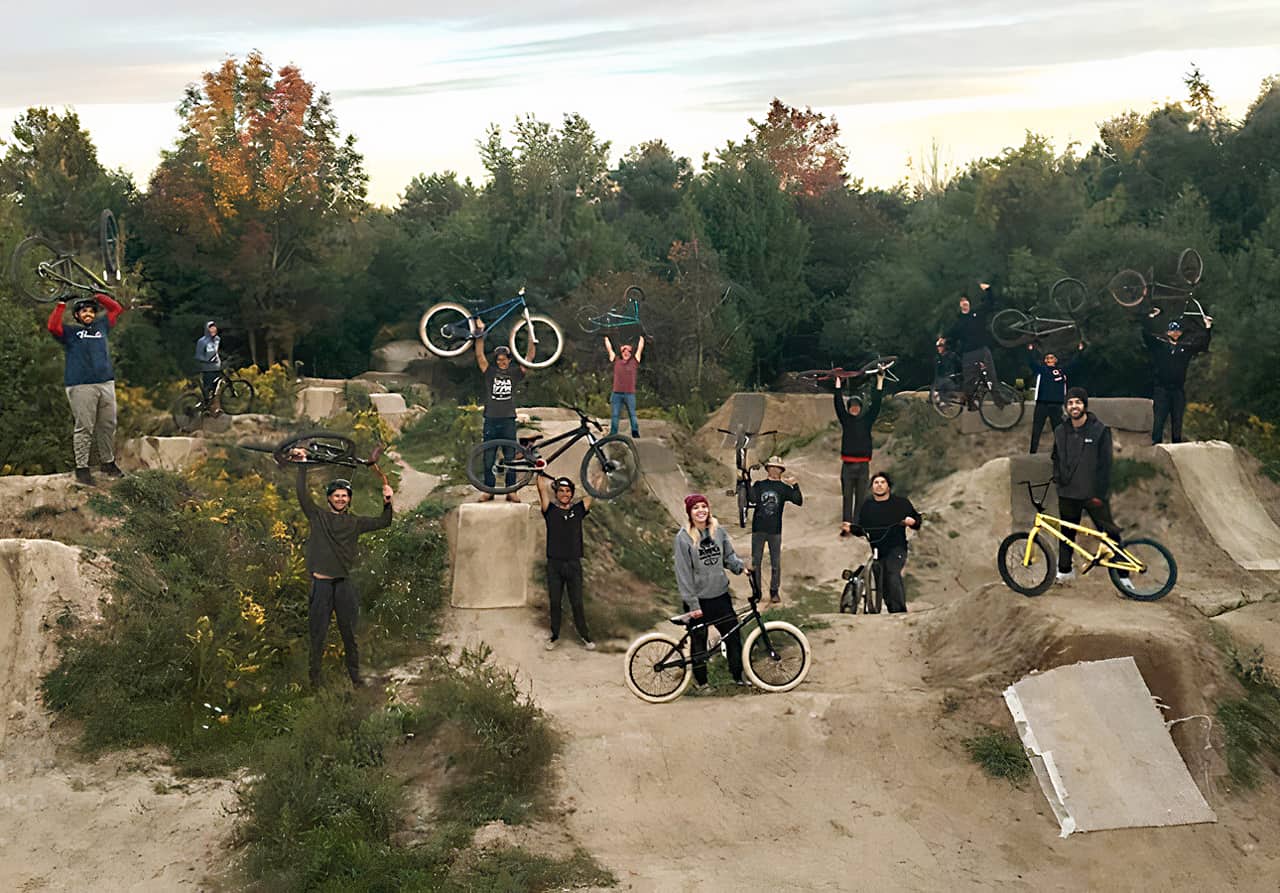 The park, located near Oshawa Airport off Thornton Rd. N. north of Rossland Rd. W., replaces an unsanctioned BMX bike area. Cyclists had created a hand-made, large-scale course that featured jumps and dirt trails, which the city demolished in 2020.

Oshawa council approved the new BMX park in March 2021 and the city started work on Phase One of Thornton Bike Park in the fall 2021.

The Durham BMX Trails Association has followed the progress on the park closely.

“Construction of the Thornton Rd. Bike Park is back on its way!” the group posted in June.

Cyclists are clearly anxious to get back on the trails.

“The buzz in the cycling community is, is pretty huge,” Ward 4 Councillor Rick Kerr says.

Weather and the discovery of a possible archeological site delayed the build, Kerr says. There was an Iroquois village dating from 1450 A.D. found in the same area back in 2014, according to the Oshawa Museum. But the site found last year were the remains of settler homes, possibly from the 1800s, says Kerr. They were not archeologically significant.

So the park is finally on track for opening on Aug. 18, Kerr says. Plans are not yet finalized but Kerr hopes there will be a gathering of BMX riders at the park on Aug. 18 at 4 p.m. for an official opening.

This Phase One of the park includes a beginner, intermediate and advanced loops. Kerr hopes experienced riders will give new riders tips on how to safely use the park.

“So that people can get their technique down there before they move to the north end. And the north end will be combination of intermediate and advanced (loops),” Kerry says.

Stage two of the park, which may start construction as early as next year, is planned to include a pump track. A pump track is a track for bikes that, when ridden properly, does not require pedalling or pushing, but a “pumping” action to maintain momentum. Pump tracks are good for all ages.

Other plans discussed for the park could include a basketball court or splash pad. The final plans are not yet determined.

Along with the park, there is the development of a multi-use path, which will run on the east side of east connecting to the park and future GO transit stations.