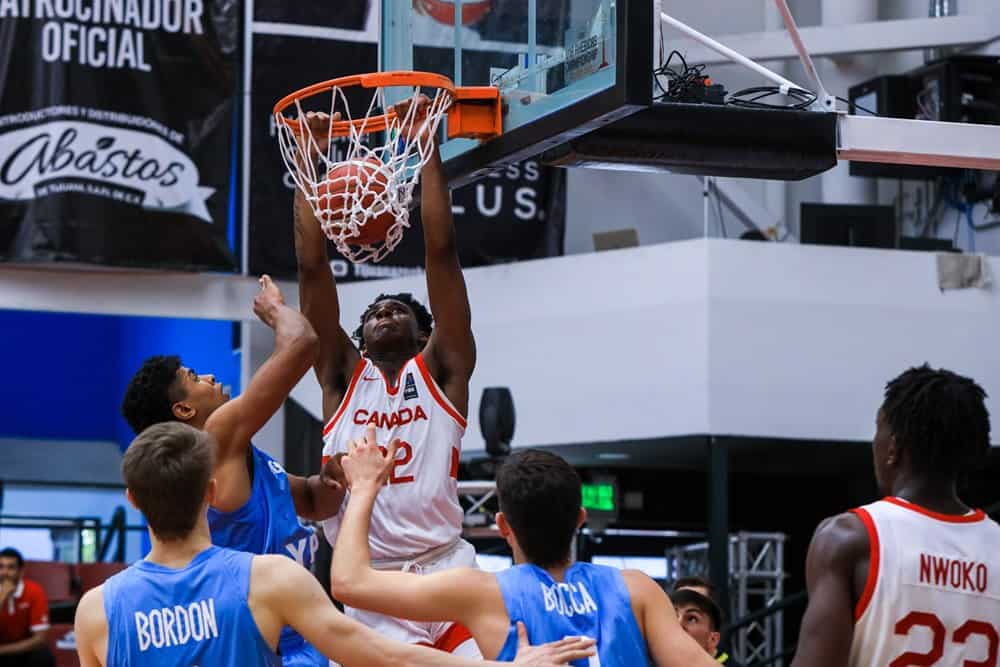 Oshawa’s Elijah Fisher scored an even dozen points to help Canada beat Argentina 81-57 ​​in the battle for third place in the FIBA ​​U18 Americas Championship Sunday in Tijuana, Mexico.

The bronze was Canada’s fourth at the competition and helped take some of the sting out of a heart-breaking 78-77 loss to Brazil in the semi-final.

The USA, as expected, rolled through the opposition with relative ease and captured their sixth straight gold medal at the FIBA Americas U18s with a 102-60 thumping of those same Brazilians.

The first half of the Canada-Argentina game was fairly well balanced but in the second half the Canadians started asserting their size to pull away for the comfortable 24-point win. Canada grabbed 57 total rebounds and scored 54 points in the paint, while limiting Argentina to just eight second-half field goals.

Point guard Vasean Allette ignited the offense for the Canadians, finishing with 20 points, 10 rebounds and five assists, proving to be one of the biggest stars of the tournament. Center Michael Nwoko, with 20 points and seven rebounds, also stood out for Canada, who added their seventh consecutive podium finish in the U18 category.

Fisher, who attends Crestwood Preparatory School in Toronto, averaged 13.3 points, 5.5 rebounds and 2.7 assists during the tournament.

Santiago Trouet led Argentina with 12 points and 12 rebounds. Both teams booked their ticket to the FIBA ​​U19 World Cup 2023.