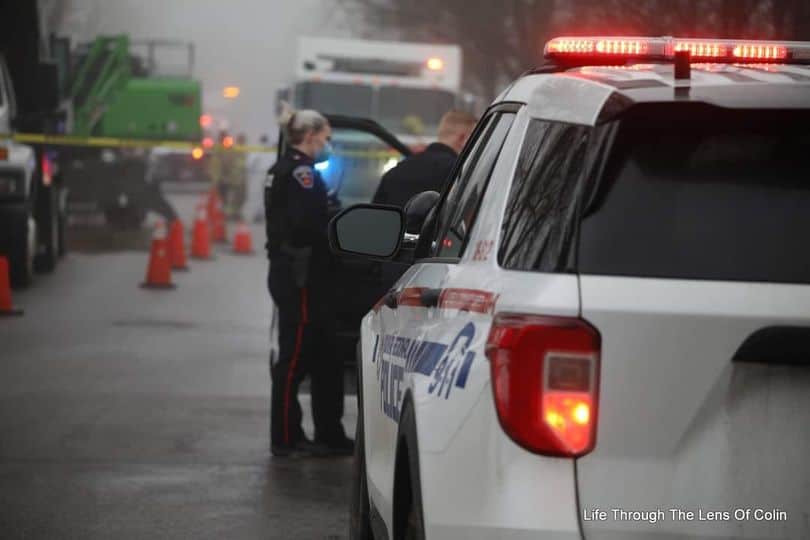 Yesterday’s fatal workplace accident, which saw an arborist contracted to the City of Oshawa pulled into a wood chipper, comes after more than two years of warnings about contractor safety from the Toronto Auditor General.

Around 8:45 a.m. yesterday (March 16) a man was killed when he was pulled into a wood chipper on Oshawa’s Waverly St. N.  The area was shut down for hours as emergency responders arrived and investigated.

The man was later identified as Daniel Vanheyst, 22 of Verona. Vanheyst worked for Kingston-based Eco Tree Care, which had been contracted by Oshawa to remove ash trees devastated by emerald ash borer infestations.

The Ministry of Labour was informed and has started an investigation which may take several months to complete.

However, the Toronto Auditor General found rampant safety issues among urban forestry contractors in a report in 2019, illustrating industry-wide concerns. These issues persisted more than a year and a half later per a follow-up investigation in 2021.

Auditor General investigators monitored a variety of crews contracted to the City of Toronto for full workdays. Over a two-month period, they recorded over 500 hours of forestry work and discovered numerous safety issues.

Workers were frequently observed without hard hats, using the phone while avoiding hydro wires in a bucket lift, and getting too close to wood chippers, according to the report

“Although we did see many crews following safe work practices,” said an AG video review, “any time we see a potentially unsafe work practice it raises our concern for the workers.” In addition to missing hard hats, workers were recorded without safety glasses, gloves or hearing protection on numerous occasions.

The AG recommended stricter safety verification and harsher penalties for repeated non-compliance up to and including contract termination.

Oshawa has not conducted a similar review of forestry contractors. There is no indication of wrongdoing on the part of the City or Eco Tree Care in Vanheyst’s death.

Meanwhile, friends and family are mourning the loss of Vanheyst.

“My friend and Congolese compatriot Jeanine, along with the Vanheyst family in Verona, are saddened to announce the sudden death of their first son,” read an announcement from the family via friend Mimi Haws.

“I held him as a baby. He grew up to become a godly young man and very hardworking. My heart aches for his family,” Haws said.

Mike Saulnier, Oshawa’s director of operations told CTV News, “For us, the group, they’re an extended part of our family so when something like this tragic happens it just… Our heartfelt condolences and our hearts go out to the family. This is very hard to deal with.”

“When workers feed tree limbs and branches into chippers, they are at risk of getting caught in the machine and being pulled into the fast–turning chipper knives,”

The rate of unsafe practices observed by the AG investigation was much higher than the rate by Toronto Urban Forestry, which is required to inspect all contracted crews. “This is raising questions about whether city inspections are sufficient to monitor compliance with contract safety requirements,” the AG said.