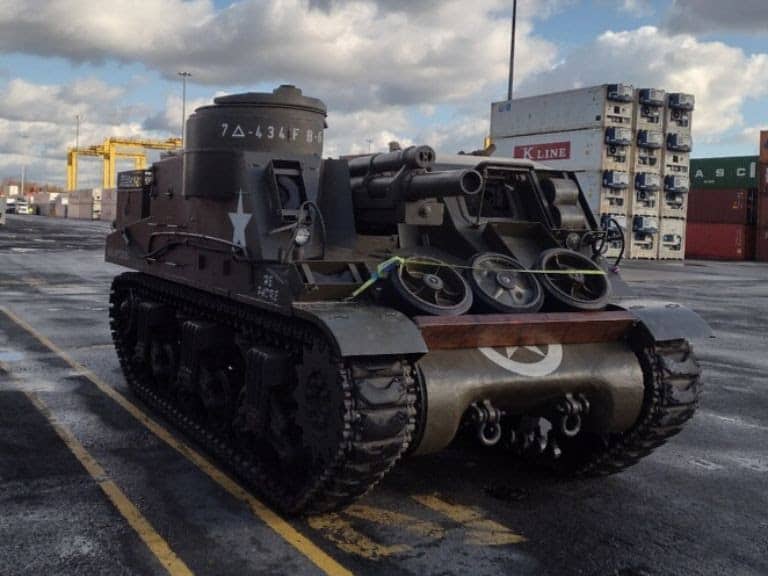 The Oshawa Regiment RCAC Museum will showcase their newest acquisition – a rare WW2 Howitzer Motor Carriage M7B1 better known as the M7 ‘Priest’ – at a special unveiling Saturday at the museum.

Museum staff have created an educational exhibit around the tank and its history – many M7 Priests landed on the shores of June Beach with the Canadians on D-Day – as well as the story behind its acquisition and of the epic journey from a German scrap heap to a Dutch restoration specialist to the port of Halifax and finally the museum in Oshawa. 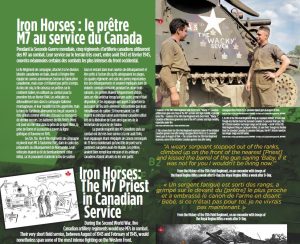 There will also be an exhibit centred around the Canadian Kangaroos, which were Canada’s armoured personnel carriers of the Second World War made from M7 Priests.

Doors open at the museum, located at 1000 Stevenson Rd. N (Oshawa Executive Airport, South Field) at noon with the presentation beginning at 1 p.m. The museum will close at 6 p.m. 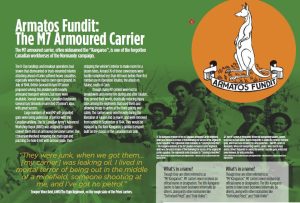 The tank arrived in Halifax November 21 and made its way to Oshawa three days later.

The museum acquired the tank from BAIV of the Netherlands, where it had been expertly restored to running condition, thanks to the support of The Dunkley Charitable Foundation.

More than 4,000 M7 Priests were built in the U.S. between April 1942 and the end of the war. Based on the very successful M4A3 Sherman, the turret was replaced by a casement and a 105mm Howitzer. The M7 was used by the Americans, the British, the Canadians, and the Free French and many Canadians landed on Juno Beach in these vehicles during the Second World War.

After the war, this Priest was used by the U.S. Army in Korea and then by the French and West German armies up until 1965.

The Ontario Regiment R.C.A.C. Museum is home to a historical vehicle collection of over 120 military vehicles. These vehicles include jeeps, trucks, armoured personnel carriers, and tanks, and are all kept fully operational by the museum’s volunteers.

In addition to an extensive static display section with artifacts dating up to 200 years ago, the museum prides itself on making history come alive. Once a month, visitors will have a rare opportunity to experience these historical vehicles in action at the Tank Saturday shows. 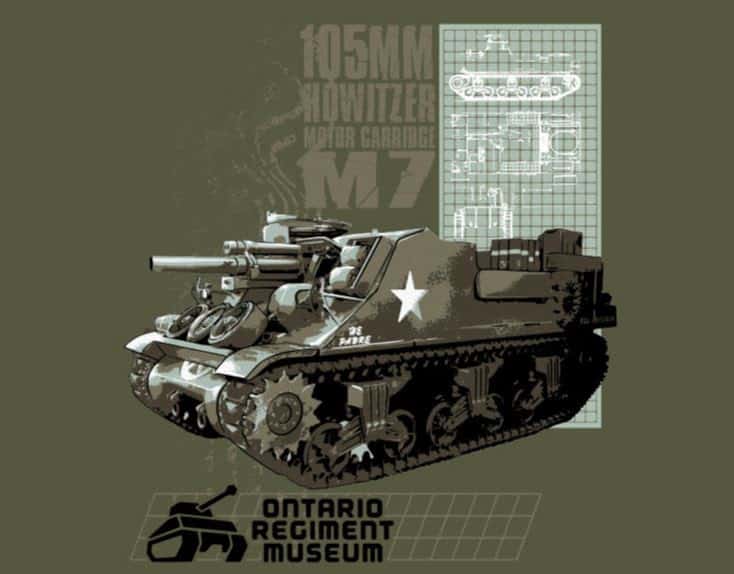