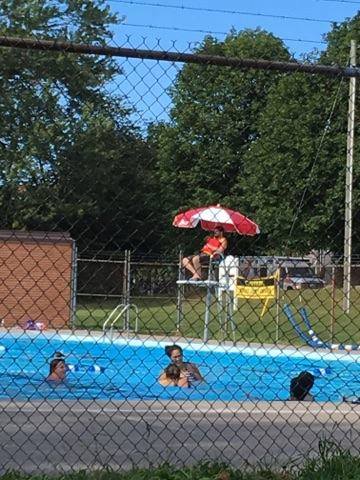 Staff prefers to tear down the now mothballed pool and build an outdoor rink, but Oshawa residents still have a chance to tell the city what their preference is at Rotary Park.

The City wants feedback from the community to determine which option works best for the redevelopment of Rotary Park:

Rotary Pool has been closed for three seasons because of poor condition, a situation City Council had been aware of since they launched a feasibility study on replacing the pool two years prior. In early 2019 the preferred design concept – with a price tag of $8 million – was presented to council, which included a new leisure pool, bathhouse, splash pad, “destination playground” and other amenities.

When a federal infrastructure grant for the project was rejected, City staff went to Plan B, which is a rink, splash pad, and a small playground as well, though the previous pool option is still on the table.

Estimated cost of this proposal is $7 million.

Oshawa Mayor Dan Carter said he knows the redevelopment of the site is something the community “feels strongly about” so the public consultation on the issue will decide the direction council goes.

“We want to make sure we get it right.”

Community members are invited to provide their feedback by visiting Connect Oshawa (www.connectoshawa.ca/RotaryPark) to complete an online feedback form.

Residents who prefer to complete the feedback form on paper are asked to call Service Oshawa at 905-436-3311 during regular business hours.

Feedback will be received until noon on Friday, August 20, and will be considered in a report to Community Services Committee in September.

“If there ever was a time for public input on a community matter then this is likely it,” said Councillor Rick Kerr, who chairs the Community Services Committee. Kerr noted that the “technology” for the proposed splash pad/ice rink combination was not available in 2019. “It is very important that as many potential users as possible provide the City with their considered opinions. Your voice matters.”

If approved, construction is scheduled to be completed in late 2023.