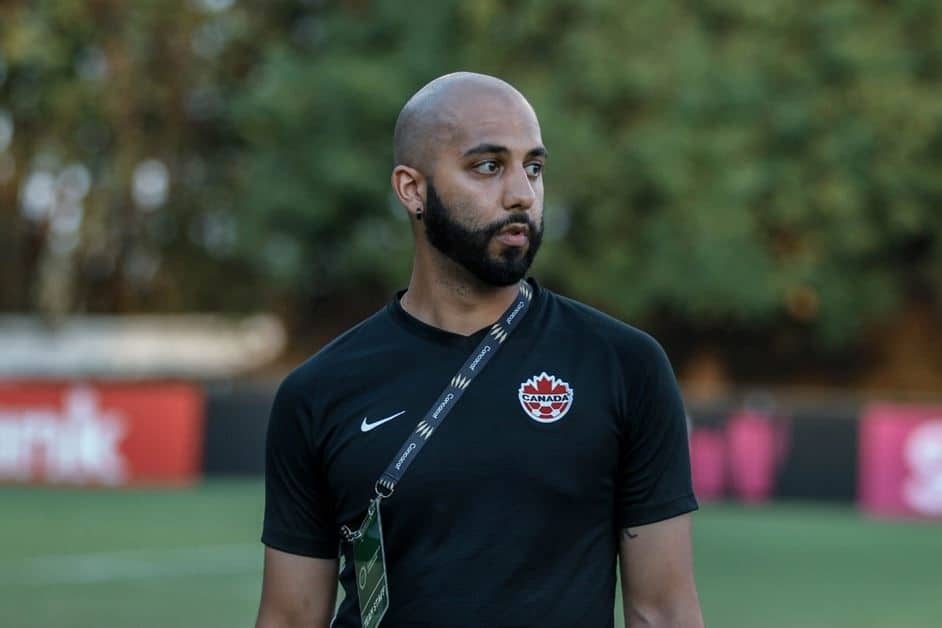 Ontario Tech Ridgebacks men’s soccer assistant coach Arman Mohammadi will be bringing his coaching talents to Costa Rica in August for the FIFA U-20 Women’s World Cup after Canada’s 2-0 victory over Puerto Rico at the recent CONCACAF Championship’s bronze-medal game.

“The experience was phenomenal,” said Mohammadi. “Getting to be part of something bigger and represent your country fills you with such authentic joy and pleasure. Especially when you meet your objectives and qualify.”

The opportunity to coach the U-20 national team came about through Mohammadi’s work at the National Development Centre in Ontario. Still, he notes some good timing was involved with it. While he says it’s difficult to narrow down all the things he’s learned from his time with the national team, the importance of unity and focus of the team stand out.

“Keeping the end in mind and serving the players’ hopes of them achieving their dreams is honestly all the motivation you really need to go out and perform at our absolute best every day.”

Mohammadi credits his time with the Ridgebacks for his continued improvement as a coach.

“A lot of the work done over the years here at Ontario Tech and my growth abroad has helped me continue to work and improve every single day with great support and mentorship,” he said. “As well as being able to work with such a committed group of individuals as our team makes it easier to implement those learnings and gain the experience that gets you to the next stage.” 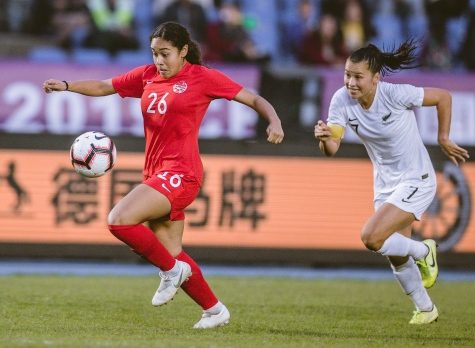 Canada rolled through the opposition at the CONCACAF championships with a 5-0 record, scoring 30 goals without giving up one, before losing to Mexico 1-0 in the semi-final. The team, which won this tournament in 2004 and 2008, rebounded to defeat Puerto Rico 2-0 to earn its World Cup spot.

Smith became the youngest-ever player to earn a cap on Canada’s senior nation team when she came on as a substitute against Brazil in 2019 at the age of 15.