Those five words, in typical Canadian understated fashion, marked the preamble for the retirement announcement from Oshawa’s Matt Hughes, a Pan Am Games hero and Canada’s greatest ever steeplechaser.

Hughes, a product of Paul Dwyer High School, is leaving the sport just a year after a sixth place finish in the Tokyo Olympic Games, the best-ever performance by a Canadian in an event traditionally dominated by African athletes.

“If I’m being completely honest, I’ve written this letter a few times in my head over the last twelve months,” Hughes said on Twitter. “I always told myself I was going to leave the sport on my own terms, making the decision for myself when I felt I was no longer competitive.”

“But it didn’t happen the way I planned and after two-thirds of my life spent in the sport I guess I shouldn’t be surprised. Things rarely do.”

Hughes, 32, is a six-time Canadian champion in the gruelling steeplechase, a 12-and-a-half lap race with hurdles and water hazards, and a two-time NCAA champ at the University of Louisville, where he earned a degree in sports sciences.

After his sixth-place finish in Tokyo, Hughes left the door open for a run at the 2024 Olympics in Paris but after resuming training and discovering he had “completely tore” his flexor hallucis ligament, he realized it was not to be.

“I’m officially stepping away from track and field and I can admit I’m disappointed with the things ended, but a decade-long professional career highlighted by five world championships, two Commonwealth Games, two Olympic Games and a Pan Am gold medal at home in front of family and friends … that is a career I will look back at one day and be very proud of.”

His accomplishments in the sport are legion. Besides what has already been mentioned, Hughes reached the finals in four world championships and in both Olympics, improving upon his 10th place finish in Rio with the sixth-best time in Tokyo, the top time for a non-African athlete. He is also the Canadian record-holder in the event, a time he set back in 2013 at the World Championships. 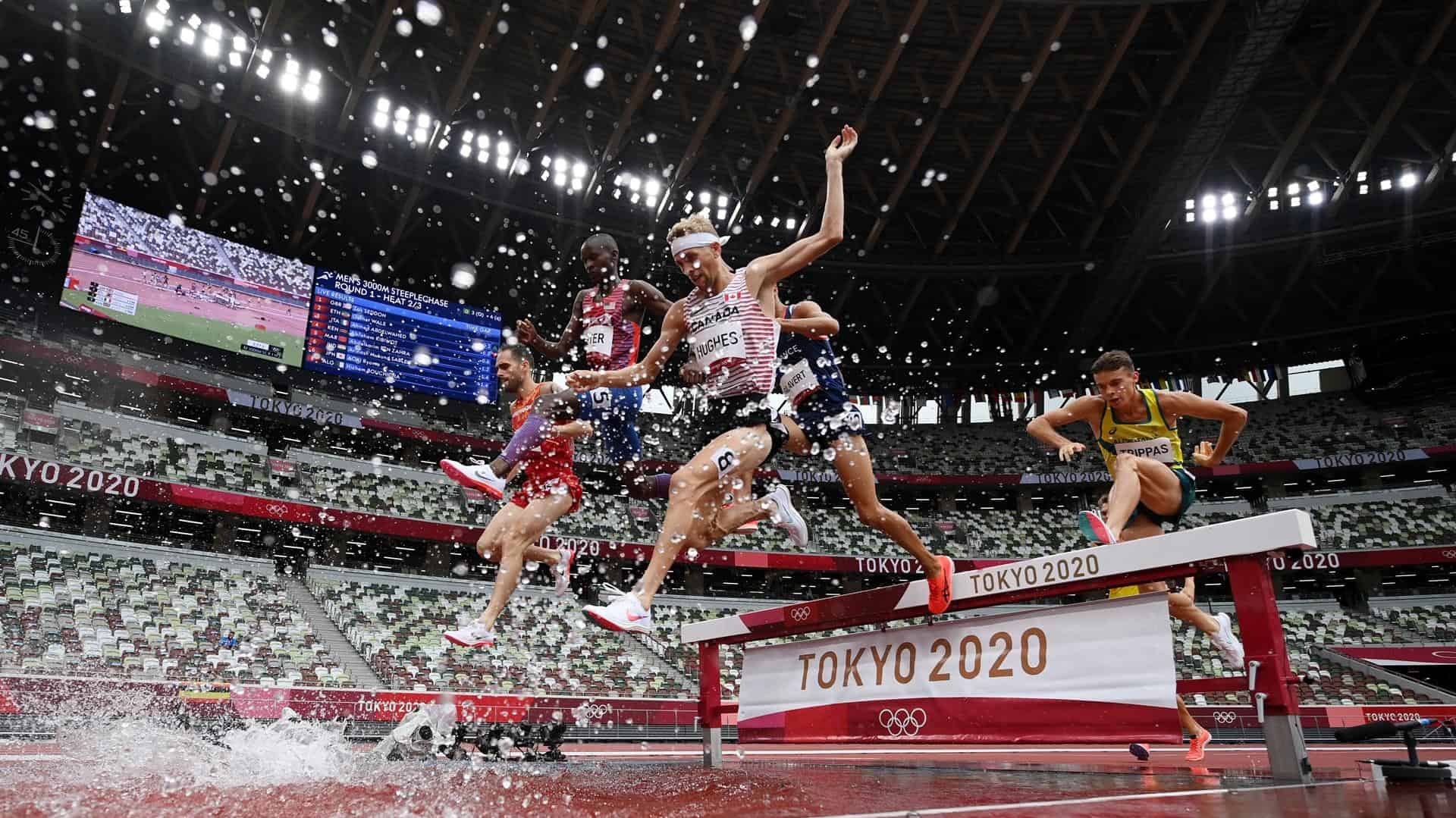 “When I started running in elementary school I could never have imagined where it would take me,” he continued in his letter. “I wasn’t great at school, so when I had a chance to leave for sports you bet I took it. And boy was I good at running. I ran from my brothers, I raced anyone who would take me up on it and I won most of the time.”

“College held my share of good and bad races (most of the bad races were because I partied too much) but the good ones were great: back-to-back NCAA championships in 2010 and 2011, leading me to dream of running beyond college.”

Hughes said as a professional athlete dedicated to the sport “you experience all the highs and lows more intensely.” He had “way more ups,” he said, but the highs “don’t last as long as we’d like them to” and the lows “seem to last an eternity.”

“Even on the best days we nitpick the good results. That’s what made me who I am as a runner. I’ve never been satisfied with good or great; always striving for perfect. And we know that the perfect result is rarely achieved. Many spend a lifetime searching.”

After Tokyo Hughes thought about hanging up his spikes but he had just finished sixth in the Olympics and the allure of the upcoming World Championships in Eugene, Oregon – practically next door to his training base in Portland – and another Commonwealth Games convinced him to get back on the track.

But after a race in California came the diagnosis of the torn ligament (the flexor hallucis goes from the calf, just above the ankle, all the way to the big toe) and the news that he would need surgery.

“I could barely walk,” he said, adding that the injury made the difficult decision to retire the right choice.

“I can’t say the last few years have been easy – with running it never is. “It’s just you out there, no team to hide behind, no one to pass the ball to, just you, the clock and the competition,” he continued. “To be world class in this sport you have to push the limit and unfortunately that comes with some risks.”

Hughes said he was always worried about a serious injury “hiding around the corner” and struggled to truly enjoy the good times, “knowing how quickly they could turn.”

“But what I always enjoyed were the people I was with and knowing the family and friends were in my corner cheering me on. It is overwhelming to reflect on all the people who were a part of my success.”

Those family and friends were on hand for perhaps Hughes’ greatest race, the steeplechase final at the 2015 Pan Am Games in Toronto when he pulled away from the field in the final 100 metres to win gold, with legendary CBC broadcaster Mark Lee giving us this call:

“Matt Hughes of Canada looks over his shoulder and there’s nobody there.”

They were there all right, but they were doing the same thing as the crowd at York Lions Stadium were doing. Watching an athlete run in a race for the ages. 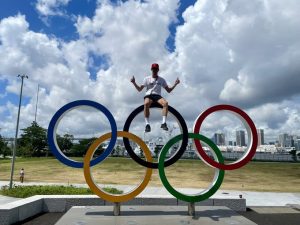 Still the best 🇨🇦 man to chase the steeple.