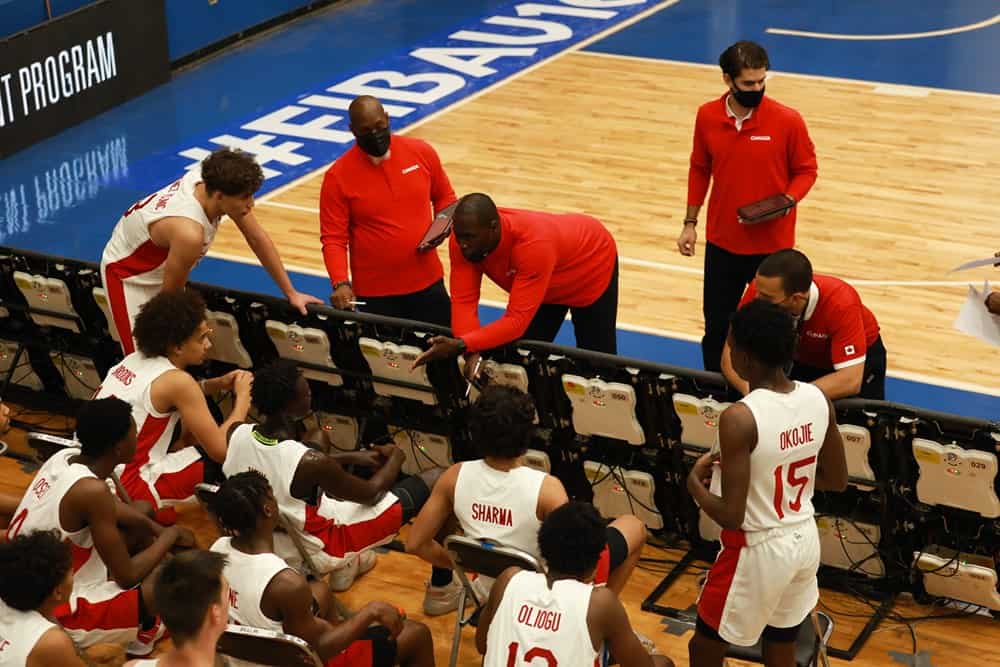 Oshawa’s Efeoso Oliogu earned ‘Top Performer’ honours as Canada rebounded from an opening game loss to Argentina with an 85-49 thrashing of host Mexico at the FIBA U16 Americas Championship yesterday.

Oliver Rioux led the Canadians on the defensive end with 15 boards while Milton’s Ishan Sharma added seven points off the bench.

Canada plays Brazil, who were thumped by Argentina 98-52 last night, in the final preliminary game tonight.

In Group B, the Americans showed why they have won gold in every edition of this tournament – six straight if you’re counting at home – with a 113-74 demolition of the Dominican Republic. Tournament minnow Chile, who lost 81-37 to Puerto Rico in the other match Tuesday, face the powerful Americans tonight.