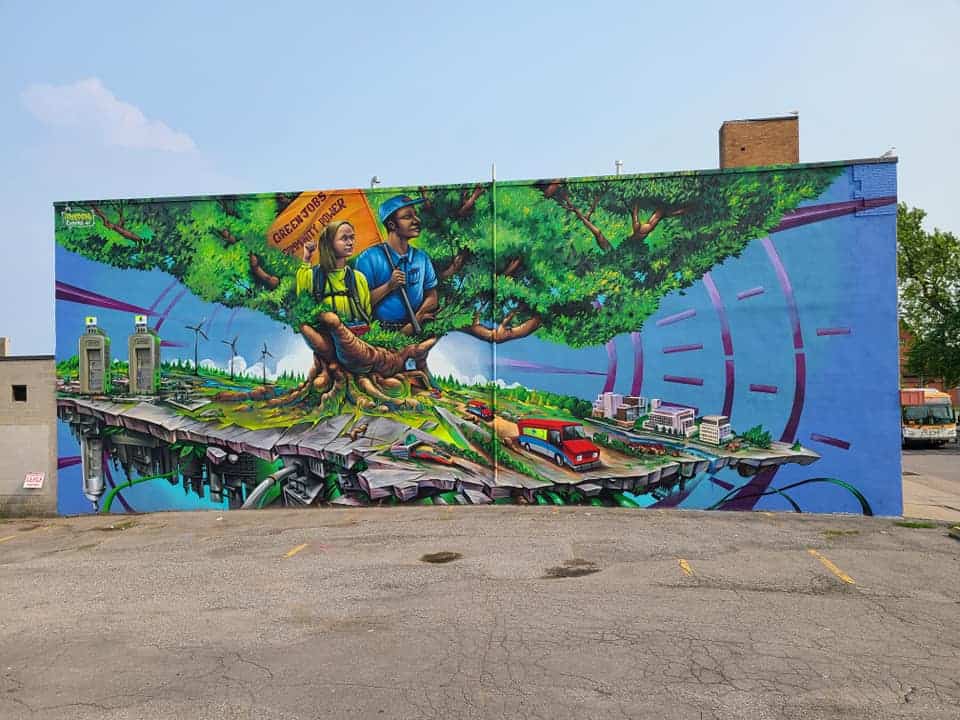 Bringing beauty to the inner city is one of the goals of the collaborative Signs of Life Mural Project, which has partnered up with Green Jobs Oshawa, the Canadian Postal Workers Union and School for Climate and Brazil’s famed muralist Bruno Smoky on a new mural in downtown Oshawa.

Signs of Life has been on a quest to provide public art around the city of late – a mural at 155 Simcoe Street honouring Oshawa’s Peony Festival and another at a shipping container behind the Canadian Automotive Museum were unveiled in the spring – and the latest mural required partnerships to pull off.

“We started Signs of Life to find businesses and organizations to collaborate with to help clean up and bring some life to the hard-hit areas of Durham Region,” said Chad Tyson, a muralist himself and a co-founder of the project. “The goal (was) to get people to park their cars and get out to visit the small businesses and shops (and) create foot traffic that we have been missing since the pandemic started.”

The collaboration of the latest mural, located at 103 Simcoe Street South represents the automotive history of Oshawa and the work being done to “re-think” the industry to find sustainable solutions to manufacturing in the city and across Canada.

After General Motors announced the closing of the automotive plant in 2018 (it will re-open this fall), Green Jobs Oshawa – a collective of auto workers, retirees, community members, labour activists, environmentalists – formed to advocate for a worker-led transition to sustainable manufacturing in Oshawa.

The result of the partnership has been a push for more electric vehicle manufacturing and some really cool art in downtown Oshawa.