A collision in Oshawa on Friday night involving a motorcycle has sent one person to hospital with life-threatening injuries.

Durham Regional Police responded to the scene of a two-vehicle collision shortly after 11 p.m. at the intersection of Olive Avenue and Guelph Street. 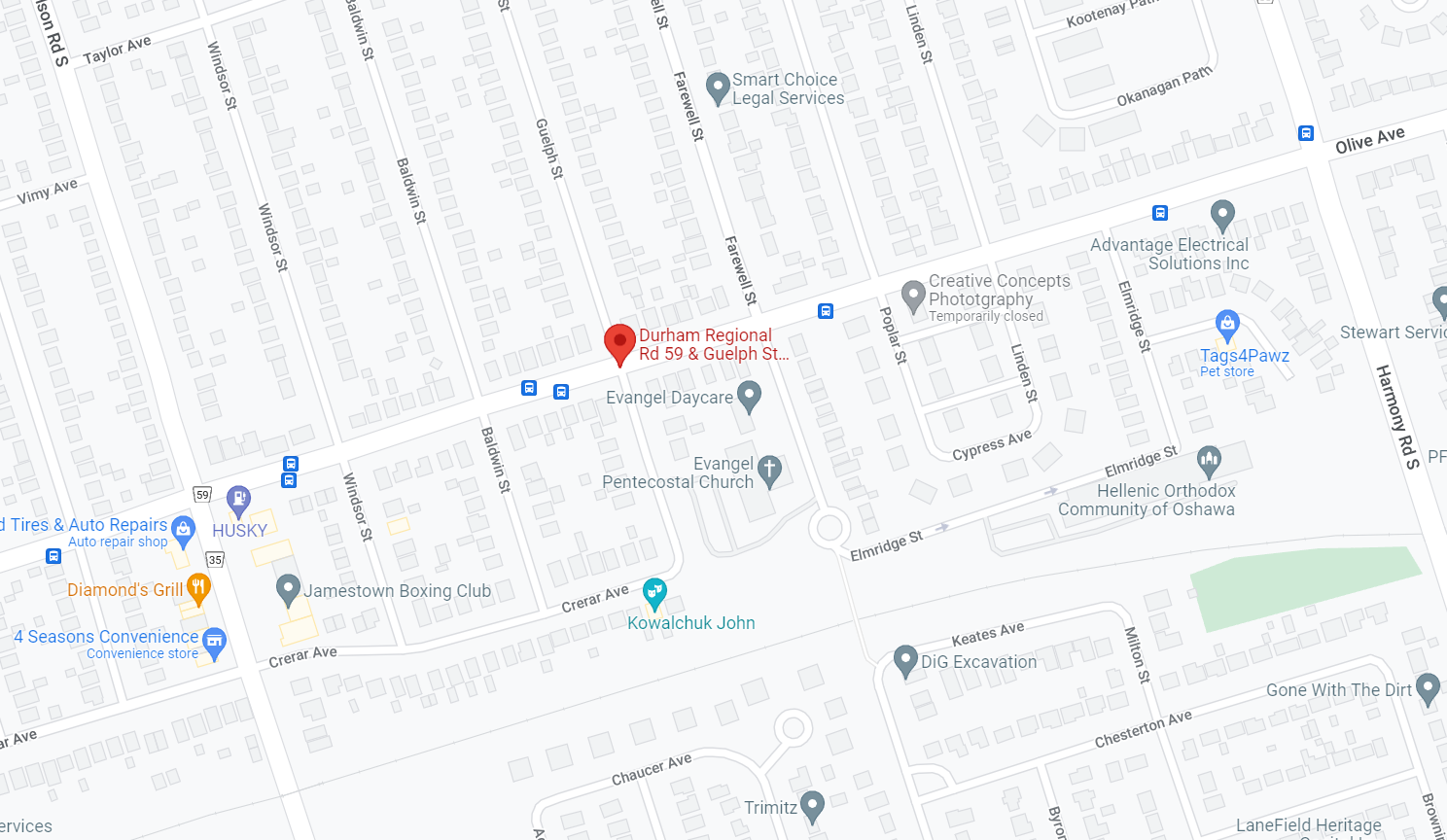 Officers discovered a male motorcyclist with life-threatening injuries upon arrival at the scene. The man was transported to a Toronto-area trauma centre where he remains in critical but stable condition.

An initial investigation determined that a blue Harley Davidson motorcycle was travelling eastbound on Olive at Guelph  just after 11 p.m. when it struck the drivers side of a grey Chevrolet Equinox that was northbound in the intersection.

Police say the driver of the Chevrolet Equinox was not physically injured as a result of the collision.

Members of the DRPS – Collision Investigation Unit attended the scene to conduct an investigation. The area of the roadway was closed for several hours while evidence was collected.