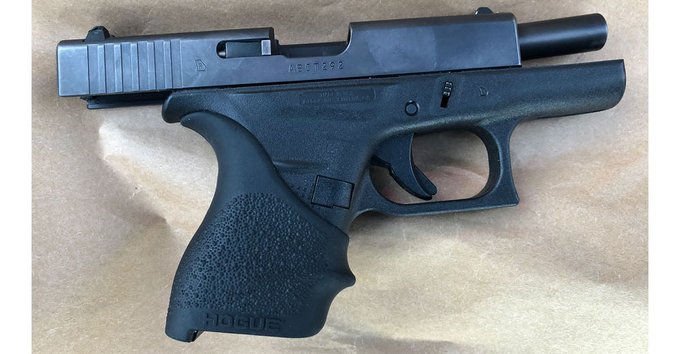 An Oshawa man, discovered passed out behind the wheel at a south-east Oshawa intersection Sunday morning, is now facing a dozen charges, including possession of a loaded gun.

Durham Police conducted a traffic stop at Farewell Street and Bloor Street around seven a.m. yesterday after finding the man asleep at the wheel.

Police spotted a gun in the vehicle and attempted to arrest the man, who resisted, leading to a struggle and forcing officer to employ a tazer to gain control of the situation. The man was then arrested without incident and police seized a loaded mini-Glock handgun, cocaine and fentanyl. The man also faces impaired driving charges.

Nicolas Geness, 27, of South Ocean Drive, is looking at 12 different charges, including possession of a restricted firearm, drug trafficking and impaired driving.