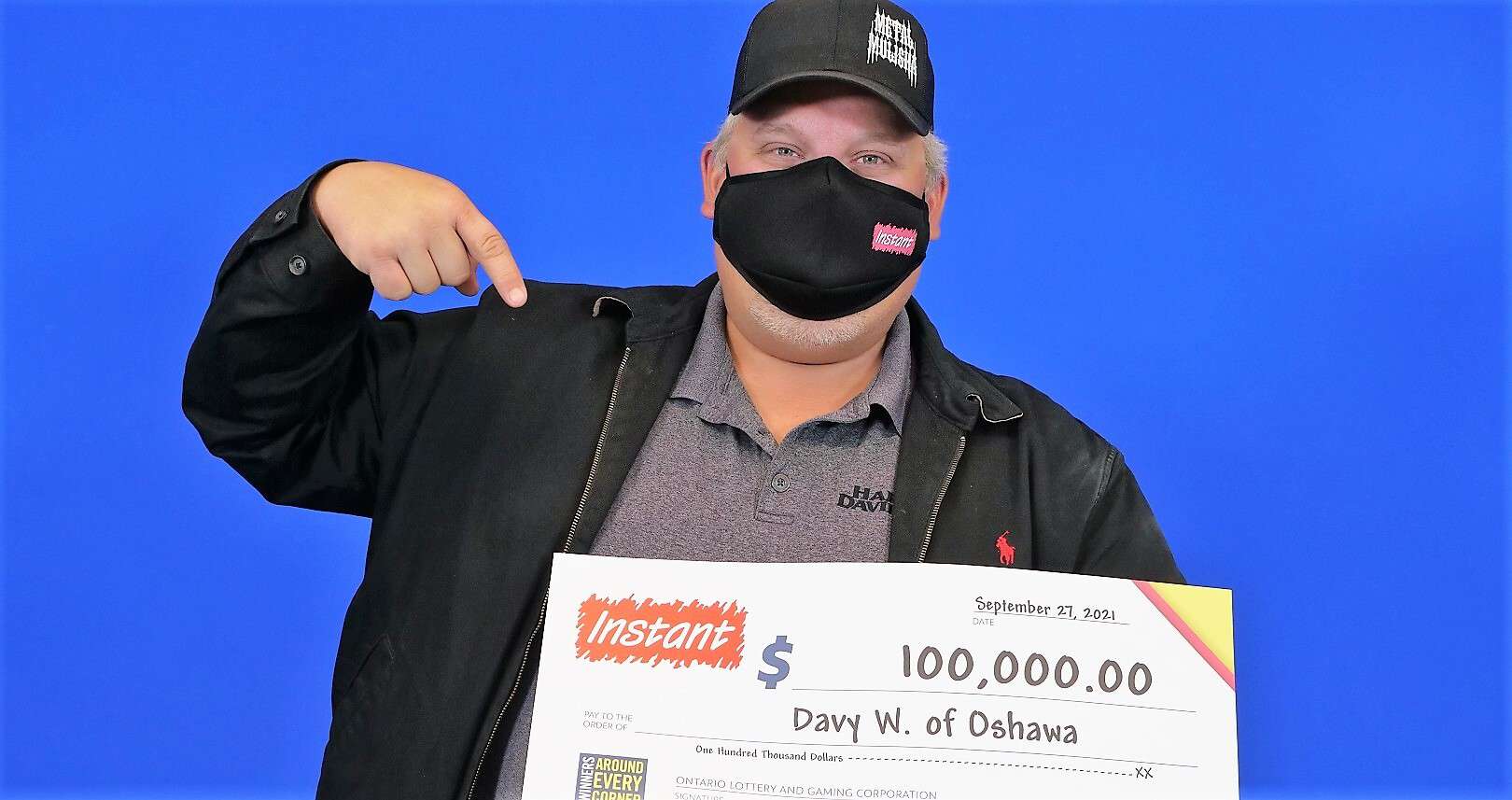 Davy Wazny of Oshawa is $100,000 richer after winning with INSTANT WILD SIDE.

Wazny, a 43-year-old father, said he has been playing the lottery since he has been of age to play. “I love the INSTANT games and always look for the newly released games,” he shared while at the OLG Prize Centre in Toronto to pick up his winnings. “I was in my truck when I played my ticket and thought I won $1,000. When I brought my ticket to the store and realized I won much more, I was in awe. I started shaking – it had to have been one of the biggest adrenaline rushes I’ve had in my life!”

The transportation employee called his wife immediately. “She didn’t believe me – I had to send her a photo of the ticket for her to believe it. She screamed.”

Wazny already has some plans in mind for his win. “I’m going to Hawaii. And the rest we’ll put aside for savings and some work around the house.”

INSTANT WILD SIDE is available for $5 and the top prize is $100,000. Odds of winning any prize are 1 in 4.27. Visit the INSTANT page on OLG.ca for more information on this and other great games.

The winning ticket was purchased at Elderberry Convenience on Elderberry Drive in Oshawa.