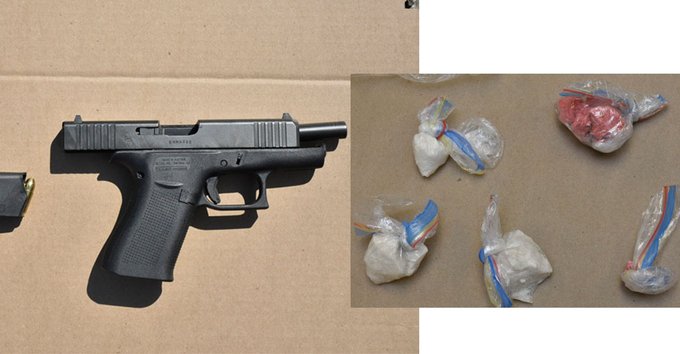 An Oshawa man is in custody after a collision investigation yesterday discovered a handgun, fentanyl, cannabis and cash.

East Central Division officers responded to report of a collision involving a white Kawasaki motorcycle Thursday morning near Ritson Road and Wentworth Street. During the investigation, the suspect was found to be in possession of a handgun, drugs and cash. All items were seized and the suspect was arrested without incident.

Justin Walton, 35 of Glen Street in Oshawa, faces 24 charges including: Loaded Prohibited/Restricted Firearm with Readily Accessible Ammunition; Unauthorized Possession of a Firearm; Carry Concealed Weapon; Possession of Weapons Dangerous; Drive Motor Vehicle No Plates; Operate a Conveyance While Prohibited (two counts); Possession of Schedule I for the Purpose of Trafficking (five counts); Fail to Comply with Probation (two counts) and five counts of Breach of Probation.