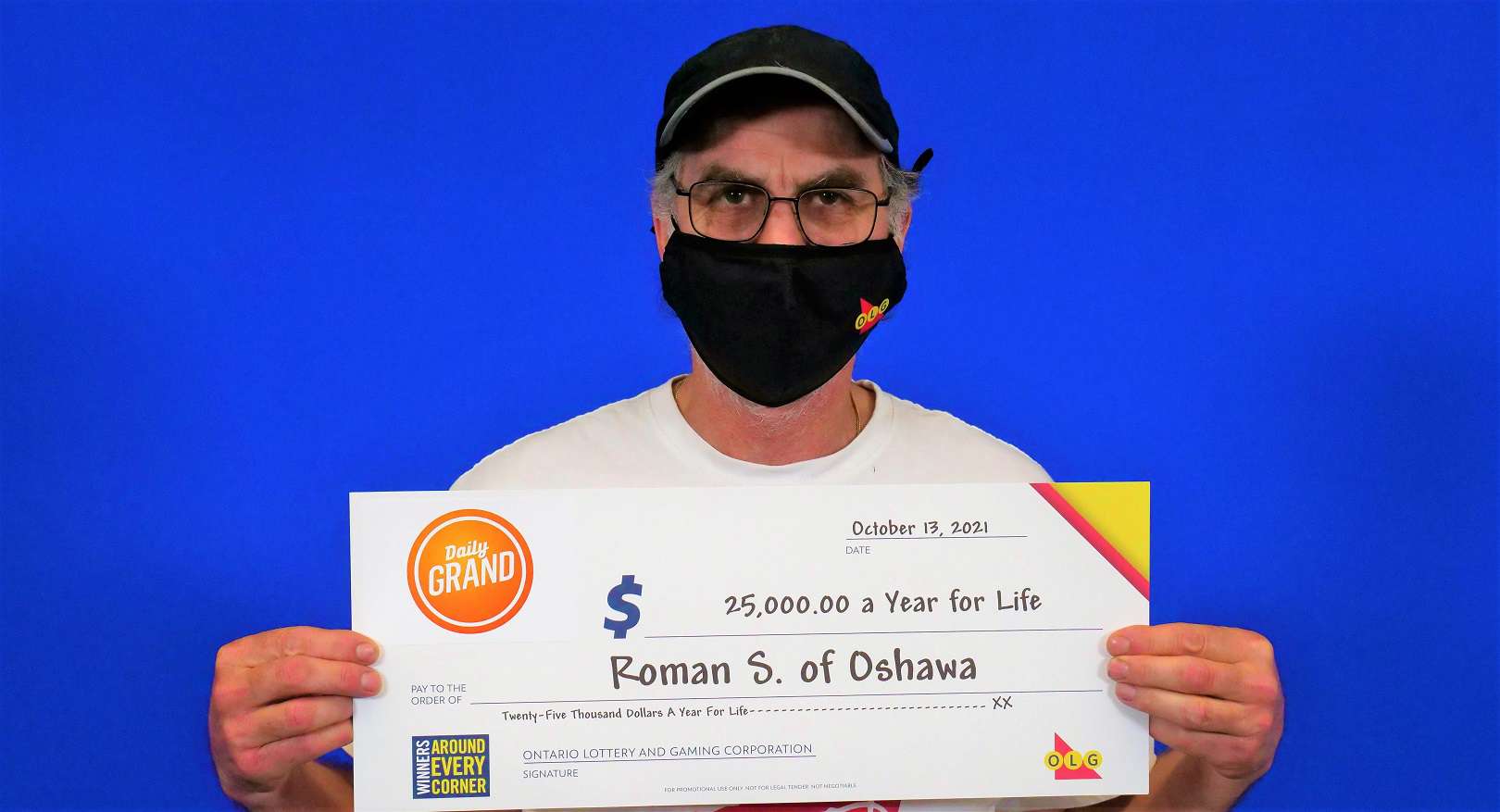 Life is a little more ‘grand’ for Roman Stanko after the Oshawa resident matched all five main numbers to win the second prize of $25,000 a year for life with DAILY GRAND in the September 13 draw. He opted for the lump sum $500,000 settlement.

Roman, a skilled trade worker, says he is a regular lottery player. “My favourite games are LOTTO 6/49, LOTTO MAX and most recently, DAILY GRAND,” he shared while at the OLG Prize Centre in Toronto to pick up his winnings. “This is my first big win.”

The 61-year-old father checked his ticket using the OLG App when he noticed he was a big winner. “I didn’t believe it. I started screaming as loud as I could!”

He shared the news with his family right away. “We all cried tears of joy,” he smiled.

Roman plans to pay off some bills and enjoy his freedom with his winnings. “This feels like a restart. I’m paying off my mortgage!”

The winning ticket was purchased at Shell on Simcoe Street in Oshawa.