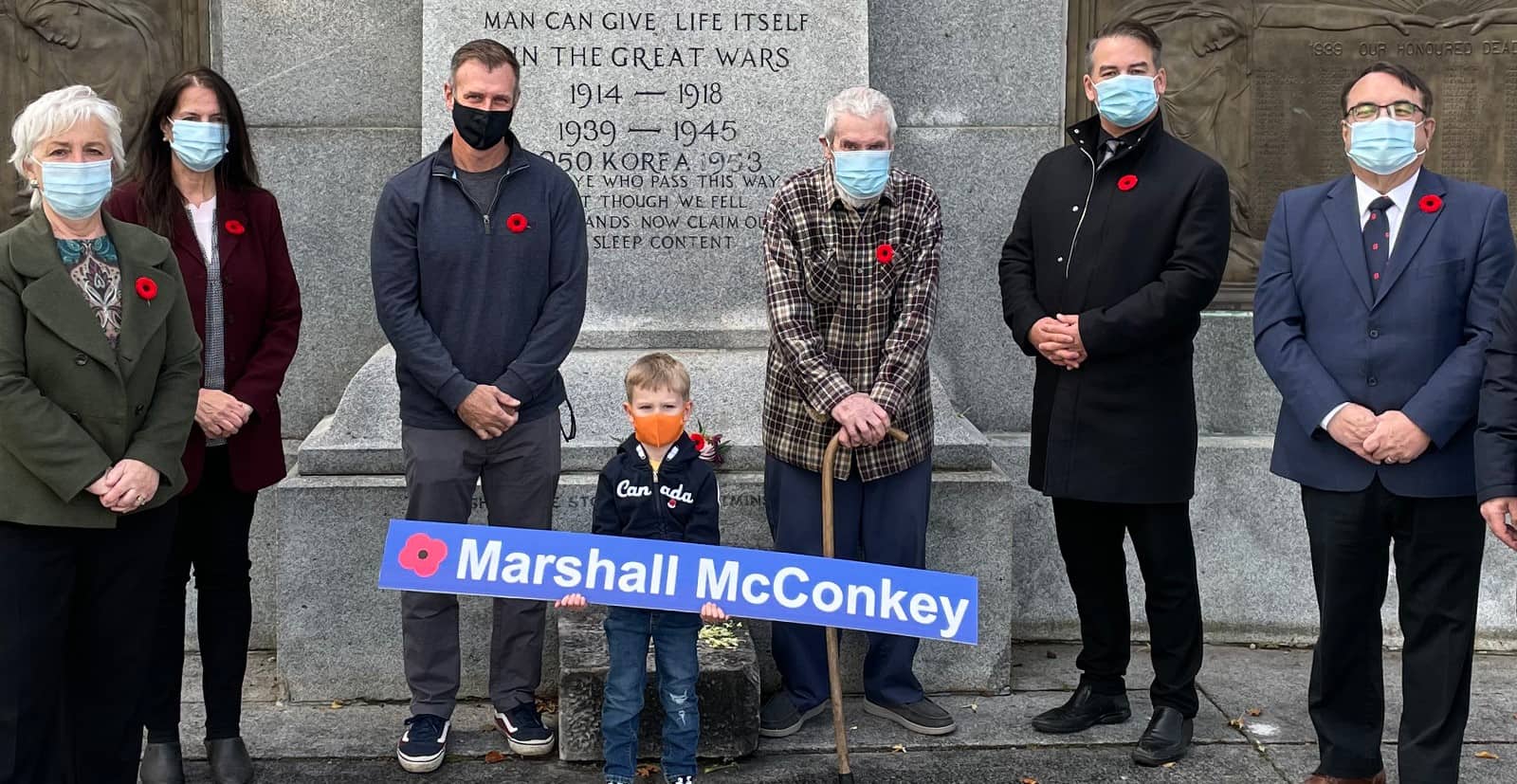 Five war veterans are being honoured with the addition of four new names to Oshawa’s Veterans Street Naming program.

The City will pay tribute to George Kingsland, Ted Marks, Marshall McConkey and Frank “Hank” Valentine and Jack Valentine – who all served their country in World War II – by adding their names to the list.

The four street names will be used in future subdivisions in Oshawa. When installed, a poppy motif will be included on each sign.

“These new street names, which pay tribute to Oshawa’s war dead, help the memory of their sacrifice for our freedoms to endure,” said Councillor Rosemary McConkey, Vice-Chair of the Development Services Committee. “They served in the Second World War. Marshall McConkey died in battle in France in 1944, Ted Marks, a pilot, was reported missing in action in 1943, Frank and Jack Valentine and George Kingsland returned to Oshawa and passed in 1991, 2009 and 2016, respectively. Their service and commitment to duty must not be forgotten.”

Oshawa City Council adopted a street naming policy in 2003 to honour the memory of those from Oshawa who served in war or peacekeeping assignments, as part of Canada’s military, by the naming of new streets. To date, 88 street names have been approved to honour local heroes.

“The City’s Street Naming Policy provides a lasting tribute to those from our community whom have courageously sacrificed so much for Canada” said Councillor Tito-Dante Marimpietri, Chair of the Development Services Committee. “I hope the residents of these beautiful neighbourhood streets draw inspiration from their namesakes.”

2021 also marks the 100th anniversary of the Remembrance Poppy in Canada. The flower was adopted as a symbol of remembrance in 1921 by the Great War Veterans Association, which would later become the Canadian Legion.

“From the end of October to Remembrance Day, wearing a poppy is a visual reminder to thank those who gave their lives for our freedom,” said Oshawa Mayor Dan Carter. “Thank you to all those who have served and are currently serving our country – we will never forget.”