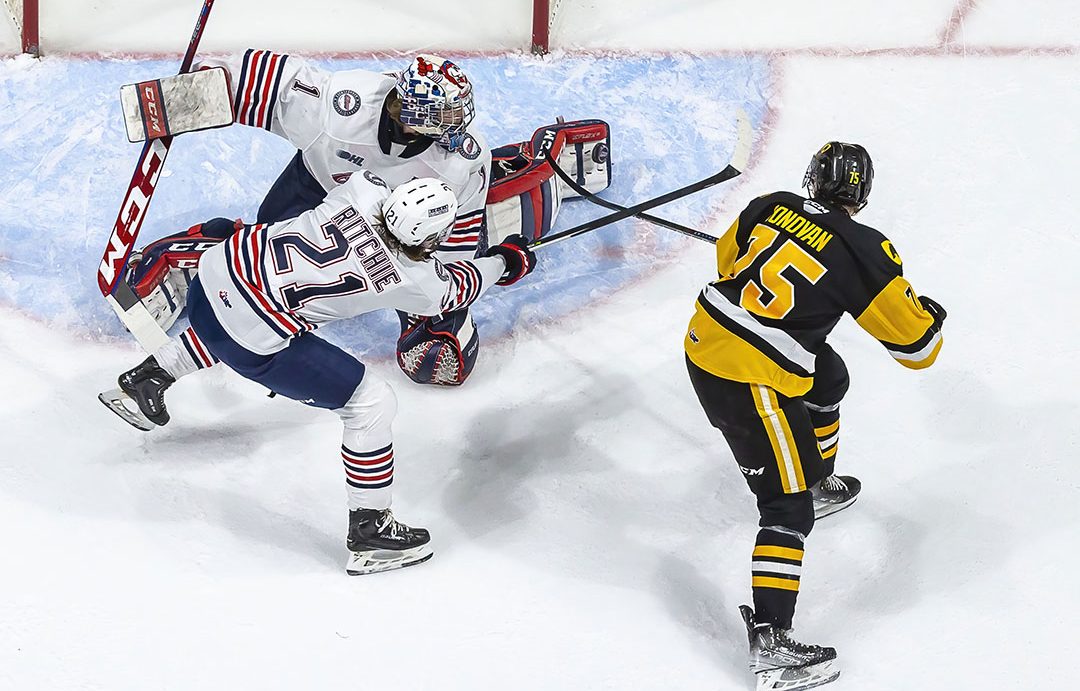 Michael Misa, Saginaw’s ‘Exceptional Status’ 15 year-old rookie, continued his hot start with a goal – his tenth of the season – and an assist to lift his Spirit to a 3-2 win over the Oshawa Generals Sunday.

Misa, the hero for the Mississauga Senators in last spring’s OHL Cup with 20 points in just seven games, now has 17 points in 13 games for Saginaw.

After Cal Ritchie, Oshawa’s own rookie star from last year (and fellow Oakville product), scored in overtime to help the Generals win 3-2 at home against defending OHL champs Hamilton on Friday, the players grabbed their passports and travelled west for a two-game road trip through Michigan that netted them just one point after a wild 8-7 loss in a shootout to Flint on Saturday, followed by Sunday’s defeat in Saginaw.

Cam Butler on a breakaway and captain Lleyton Moore, with his first of the season, were the other Oshawa goal scorers Friday while Ty Petrou and Jordyn Ertel – both with their first goals of the year – Butler, Ritchie, Stuart Rolofs and Brett Harrison with a pair took care of the Oshawa scoring Saturday.

Rookie Beckett Sennecke, with his fifth of the season, and Luke Torrance scored Sunday in Saginaw.

Oshawa is now 5-5-2, eight points behind the 10-1 Ottawa 67s for first in the OHL East. Ottawa suffered their first loss of the 22-23 season against Peterborough.