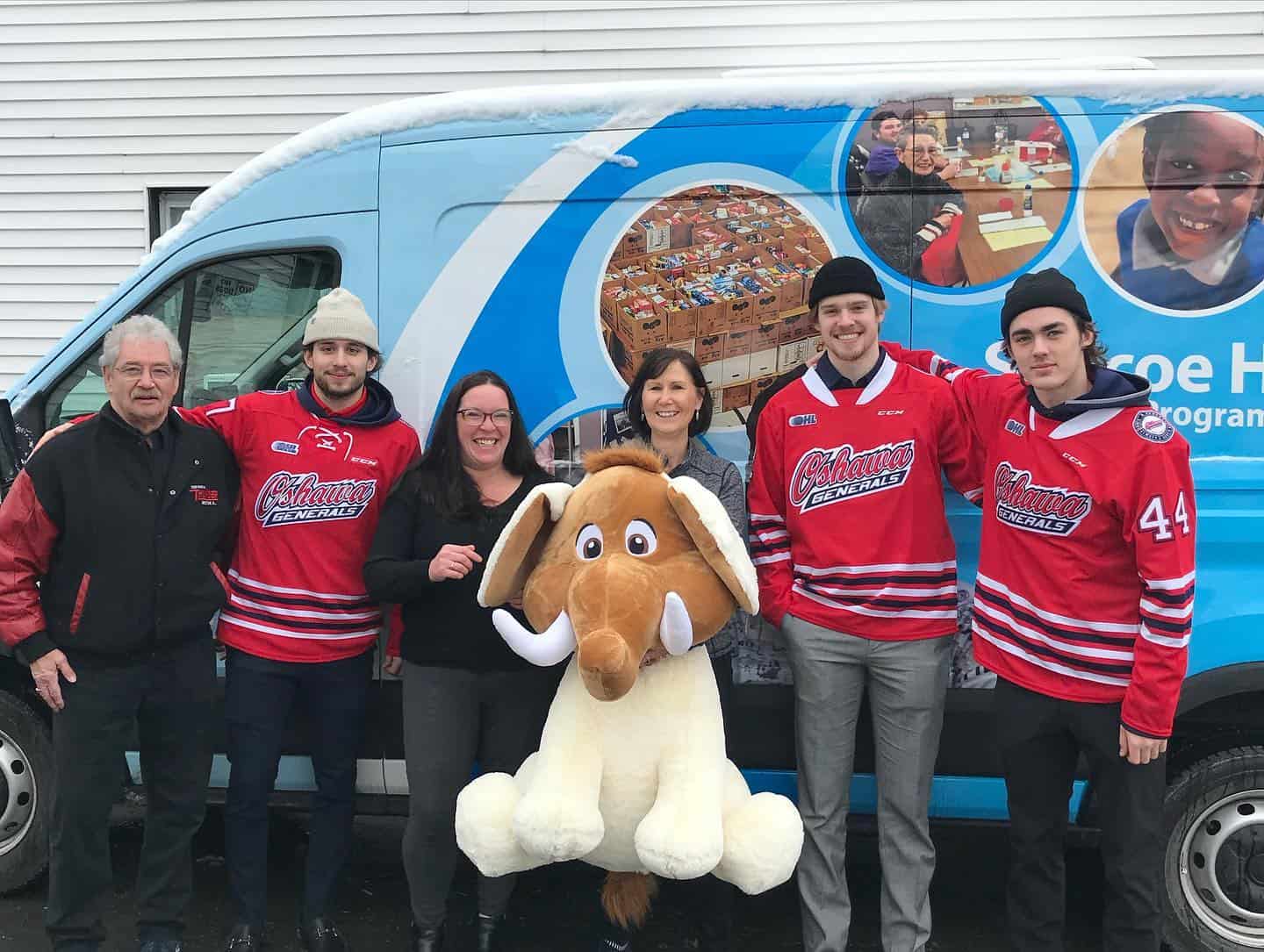 A tradition that started in 1998 when defenceman Jim Baxter scored against the Peterborough Petes to start a cascade of 1,300 bears to the ice has transitioned into a must-see game each year. Sunday’s game marked the 23rd such event and first since the pandemic forced the team to move to a drive-through Teddy Bear Toss.

“No better way to spend our Monday morning than by delivering more the 3,500 bears to those in need,” the team enthused on social media.

Over the years, this rich tradition has grown into a celebration that fans across Durham Region wait for all season. In its history, more than 80,000 bears have been donated to kids in need around Oshawa and Durham so that they can have a Christmas to remember.

As any tradition does, it continued to grow over the years, with almost every single year seeing an increase in bears from the year before. Before the Civic Auditorium closed it saw eight renditions of the Teddy Bear Toss game, collecting 16,498 bears over that span. The largest Teddy Bear Toss collection at the Civic was its final time hosting the event when the Generals collected 2,717 bears after now New York Islanders forward Cal Clutterbuck scored against the Bellville Bulls.

When the Generals moved arenas to play at the Tribute Communities Centre, attendance rose and so did the bear totals. On December 10th, 2006, Corey Cowick scored the first Teddy Bear Toss goal in the new building, reigniting the tradition with a new era of Oshawa Generals fans.

The very next year, a Teddy Bear Toss moment went down in Generals history when Patrick Asselin THOUGHT he scored the all-important goal. Asselin’s goal brought down a new record high of 3,626 bears, before his goal was called back. That’s right, for the first time in Generals’ history, the Teddy Bear goal didn’t count. Six minutes later Asselin scored again, this time for real, and all was right in GensNation.

Throughout the years, fans continued to fill the building for the holiday tradition, breaking attendance and bear records with each new edition of the game.

To date, the largest crowd to take in a Teddy Bear Toss game was 6,008 fans, when the Generals defeated the Bellville Bulls 3-2 on December 14th, The record for most bears tossed, however, belongs to the 2014 edition when Michael Dal Colle’s goal against the Niagara IceDogs brought 6,072 bears down to ice level. The year before, Dal Colle also had the honour of scoring the Teddy Bear Toss goal, bringing more than 5,500 bears to the ice.

Despite the success of the tradition in getting bears to kids who need them most in Durham Region, the Generals 4-3 shootout win over Barrie Sunday was the first Teddy Bear Toss victory since the 2013 toss, when they defeated the Bellville Bulls 5-2. 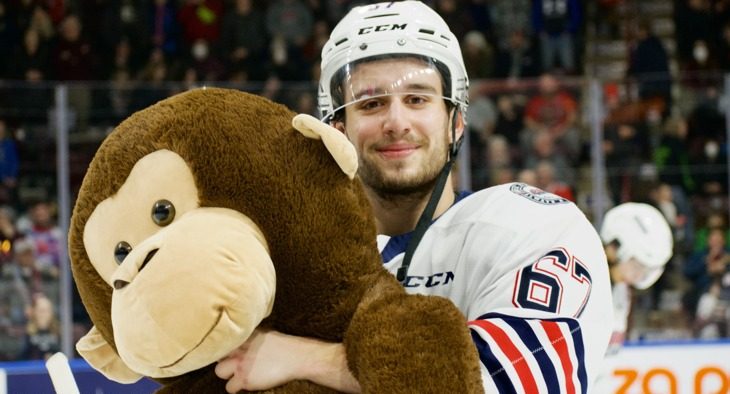 In other Oshawa Generals news Ryan Gagnier, who scored the shootout winner in Sunday’s Teddy Bear Toss game, has been named the Cogeco OHL Player of the Week, recording two goals, six assists and eight points in three games along with a plus/minus rating of plus-6.

Helping the Generals extend their winning streak to five with three more victories this week, Gagnier got things started with a goal and three assists on Tuesday as Oshawa defeated the London Knights 5-3 at Budweiser Gardens on Tuesday. He picked up an assist on Friday as the Generals defeated the visiting Soo Greyhounds 7-2. Gagnier contributed another goal, two helpers and the shootout winner in Oshawa’s annual Teddy Bear Toss game on Sunday, fuelling a 4-3 victory over the Barrie Colts. 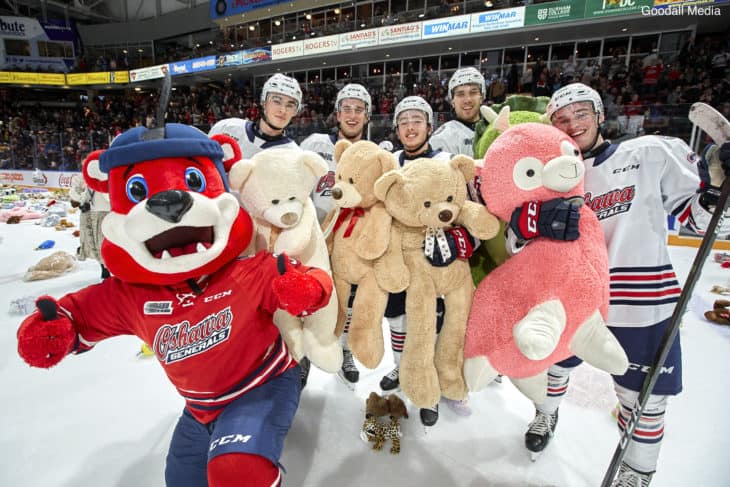