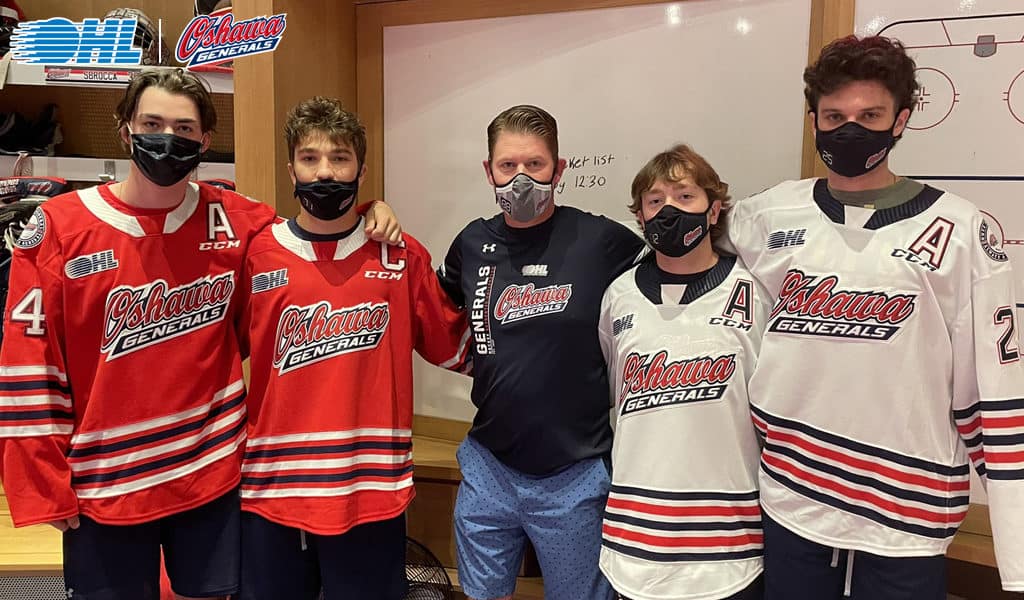 A couple of days after the owner of the Oshawa Generals hockey club threatened to move the team out of Oshawa if his demands for more space inside the Tribute Communities Centre were not met, a former Mayor and Chair of the City’s Finance Committee is calling Rocco Tullio’s bluff.

“It’s disappointing,” John Gray said of Tullio’s “my way or the highway” negotiating approach, adding that Tullio’s interest in the team may wane next year when his son Ty – the captain of the team and an Edmonton Oilers draft pick – turns pro. “We want a solid partner at all times. I’m sure he can find a willing buyer for the team.”

Tullio, who has owned the club since 2007 – the year after the arena (then called General Motors Centre) opened – told the Oshawa This Week newspaper on Friday that he wants more office space, an expanded team gym area and more room for the pro shop and insisted that the only way to accommodate his list of demands would be to move the Oshawa Sports Hall of Fame out of the building.

“There’s no meeting halfway” on his wish list, he said in the story. “These are not nice to haves, these are must-haves.”

His demands came after his lawyers, Kirwin Partners, sent a letter to the City’s Finance Committee, asking that the team be released from its lease, which still has nearly ten years to go.

Oshawa Mayor Dan Carter was clear in his response that the Oshawa Sports Hall of Fame “was not going anywhere” and Gray, who was Mayor when the arena opened in 2006, was just as firm in his comments.

“He has a contractual obligation until 2031. And we’re certainly not going to throw away $15 million – that’s what it would cost us.”

This is not the first time Tullio has threatened to leave Oshawa, nor is it the first time he has made contractual demands on the City. In early 2020 he asked that his deal be renegotiated because he was paying more in rent than other OHL clubs. Council agreed and made adjustments and threw in $350,000 for the team’s Memorial Cup bid as well.

The bid died when the 2021 Memorial Cup was cancelled because of the pandemic and the relationship between the two parties continued to worsen when Tullio let it be known he was in ‘negotiations’ with the operators of the Durham Live casino project in Pickering about potentially moving the team to a new arena on the site.

“We want to keep the Oshawa Generals here, but he has proven to be so difficult,” Gray said of Tullio. “Last time we talked he wanted to extend the lease and then he threw it back in our face and ‘no thanks.’”

“If he was the owner when this place was built we never would have done the deal.”

When asked for a response, Tullio declined, with Brandon Wright, the team’s Media Relations Manager saying, “there will be no further comment.”