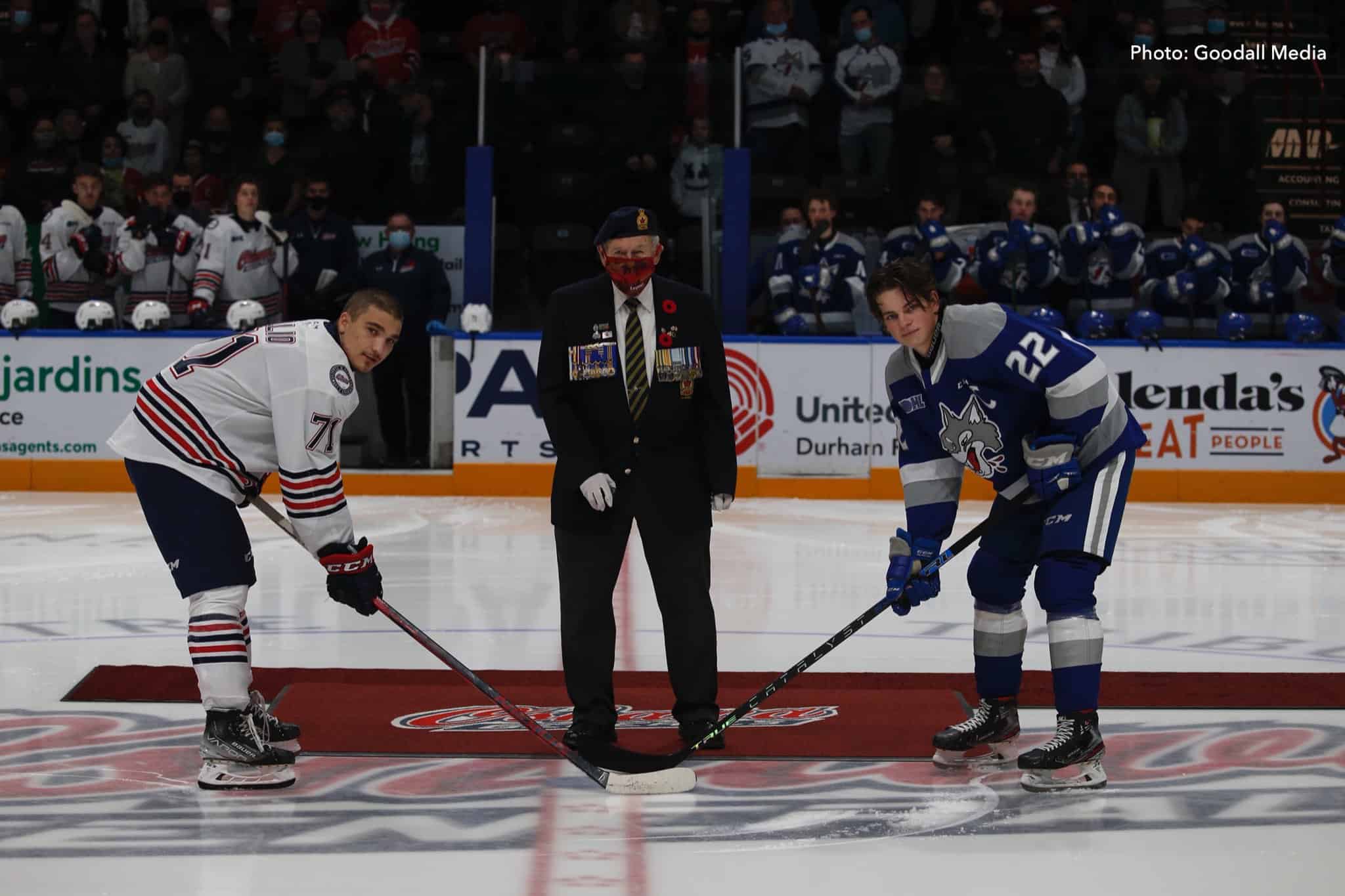 The Oshawa Generals and Ontario Tech Ridgebacks each took three of four available points on the weekend.

The Generals needed the points to stay within reach of first in the OHL’s East Division, and after Sunday’s 4-1 win over Sudbury Oshawa sit in third, one point behind Hamilton and Ottawa.

Matthew Buckley, with a pair of goals, and rookie Calum Ritchie, with three assists, paced Oshawa Sunday night. Dawson McKinney and Brett Harrison had the other goals.

The Generals earned a point Friday in a 5-4 shootout loss to Barrie, with leading sniper Ryan Stepien scoring twice to bring his season total to ten. Harrison and Ryan Gagnier also scored for Oshawa.

In OUA action, the OTU Ridgebacks opened their home schedule in style, thumping the Nipissing Lakers 6-1 in the first of two weekend games at the Campus Ice Centre against the North Bay squad.

Nipissing returned the favour the next night with a 2-1 shootout victory.

Evan White scored the pair for OTU Friday with Austin Eastman scoring once and adding three assists. Tyson McConnell, Cameron Hough and James Hough had the others while Matthew Barron had three assists.