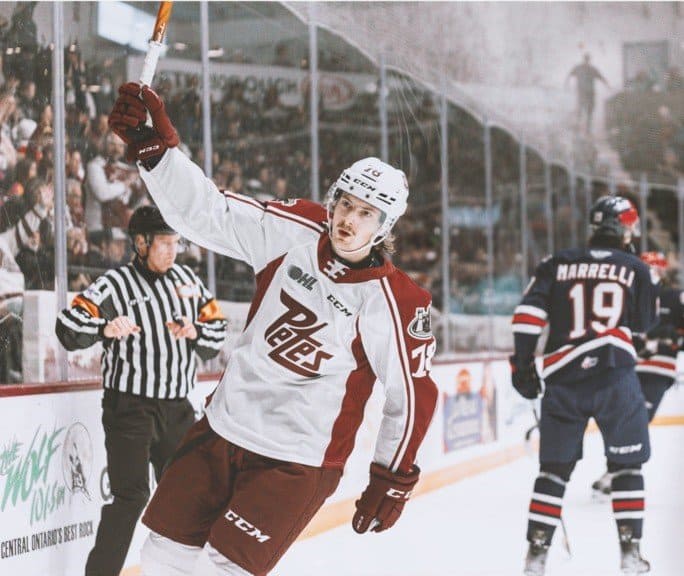 The Peterborough Petes used a three-goal first period – outshooting Oshawa 22-3 in the frame – to cruise to a 4-0 home-ice win over the beleaguered Oshawa Generals Thursday evening, the Generals’ seventh straight loss.

Connor Lockhart, J.R. Avon and Jack Van Volsen staked Peterborough early and Pickering’s Brennan Othmann scored his 12th of the season and first as a Pete after being acquired from Flint last weekend in the second to finish the scoring for the 11-6-3 Petes.

Michael Simpson earned the shutout while Patrick Leaver was busy between the pipes for Oshawa as the Petes peppered him with 49 shots.

Head coach Derek Laxdal, who was an assistant with the Dallas Stars last season and has a Memorial Cup ring as coach with the 2014 Edmonton Oil Kings, is now 5-10-2 in his first year behind the Oshawa bench and has to be feeling the heat. The Generals haven’t won since Calum Ritchie scored in overtime to beat Hamilton 3-2 back on October 28.

It doesn’t get any easier for Oshawa, who are back home tonight at the Tribute Communities Centre for a match against the Midwest Division-leading Owen Sound Attack.