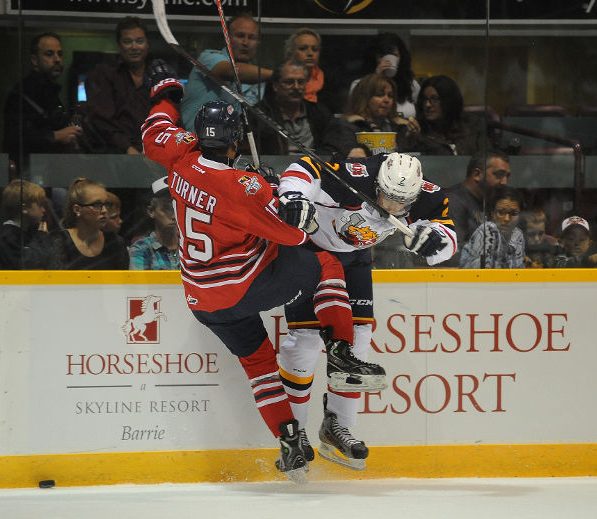 Then Barrie Colts coaching staff weren’t happy with the effort or the result but the Oshawa Generals will gladly take the two points after a 2-1 win in Barrie in the opening game of the 2022-23 OHL season.

The highlight of the match was first round draft choice Beckett Sennecke’s first OHL goal. The rookie forward raced in on goal in the opening period and redirected a perfect feed from Stuart Rolofs to put the Gens in front and club would add another from Dylan Roobroek – newly acquired from Niagara – in the third period.

The Colts weren’t able to get much going at all offensively in their home opener at Sadlon Arena and were stuck in their own end for most of the game, thanks to the tight checking of the Generals, who look to be a stingy team to play against this season.

Barrie was able to solve Patrick Leaver late in the game period after a screen in front allowed Hunter Haight to rip home his first of the season.

The Generals will take their first two points home and get right back to work tonight ahead at their own home opener at the Tribute Communities Centre. Puck drop is 7:35.