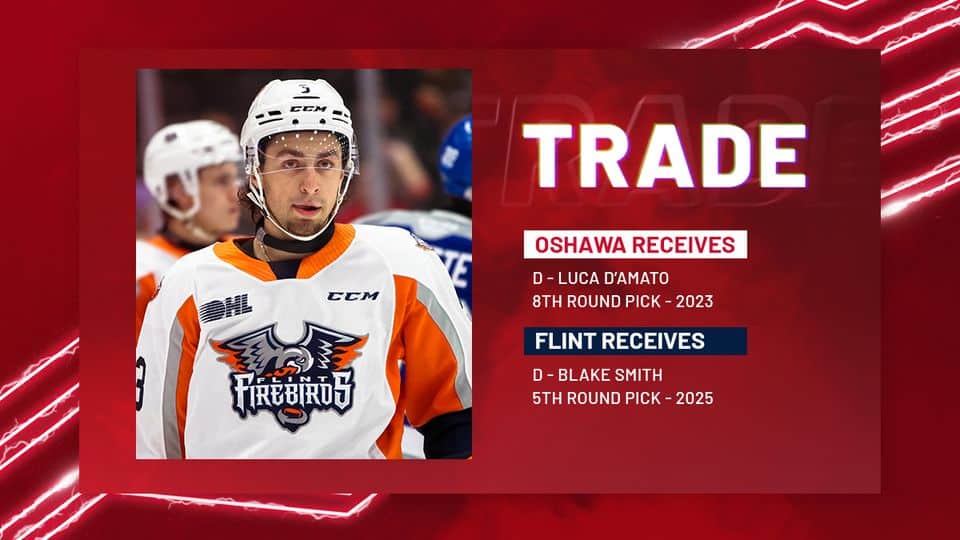 In an effort to get more scoring from their back end the Oshawa Generals dealt 6’4” 220 lb defenceman Blake Smith to the Flint Firebirds for 5’8” 160 lb blueliner Luca D-Amato.

Both players were drafted in 2020. D’Amato, who hails from the Vaughan suburb of Maple, scored seven goals and added 23 assists last season and has 11 points in 24 games so far this season.

Smith, an Oshawa native, departs the Generals after completing his first full season with the team last year, playing 55 games and contributing one assist. In 19 games this season Smith has scored his first career OHL goal and has added an assist for two points.

Oshawa Generals are in action tomorrow night in Windsor followed by another road game on their western swing in Sarnia Friday night before finishing the weekend in Hamilton Sunday.