Oshawa Generals drop another two, now on the outside of a playoff spot in the East 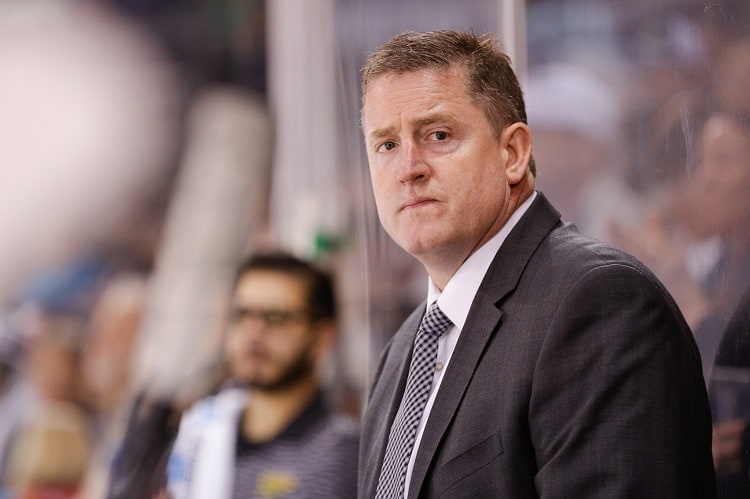 Oshawa Generals coach Derek Laxdal - is his job on the line this week?

A natural hat-trick by Connor Lockhart paced the Peterborough Petes to a 6-1 win over the host Oshawa Generals on Sunday.

The Generals, who snapped a seven-game losing streak with a five consecutive wins before the holiday break, are now winless in five and have slipped a point behind Sudbury for the last playoff spot in the Eastern Conference with the trade deadline fast approaching.

Oshawa has also shown a penchant for blowing leads of late, including a 2-0 lead Saturday in North Bay that ended up as a 7-3 blowout win for the Battalion.

Jonathan Melee scored twice and Robertson Tucker had a goal and an assist for Peterborough Sunday.

This is a busy week for the Generals, now 11-17-4 on the season. The club welcomes Mississauga Tuesday before travelling back to North Bay Thursday before a big game with plenty of playoff implications  – and perhaps Oshawa coach Derk Laxdal’s job on the line – in Sudbury Friday.

Oshawa will finish the week with a home date against Hamilton Sunday at the Tribute Communities Centre.