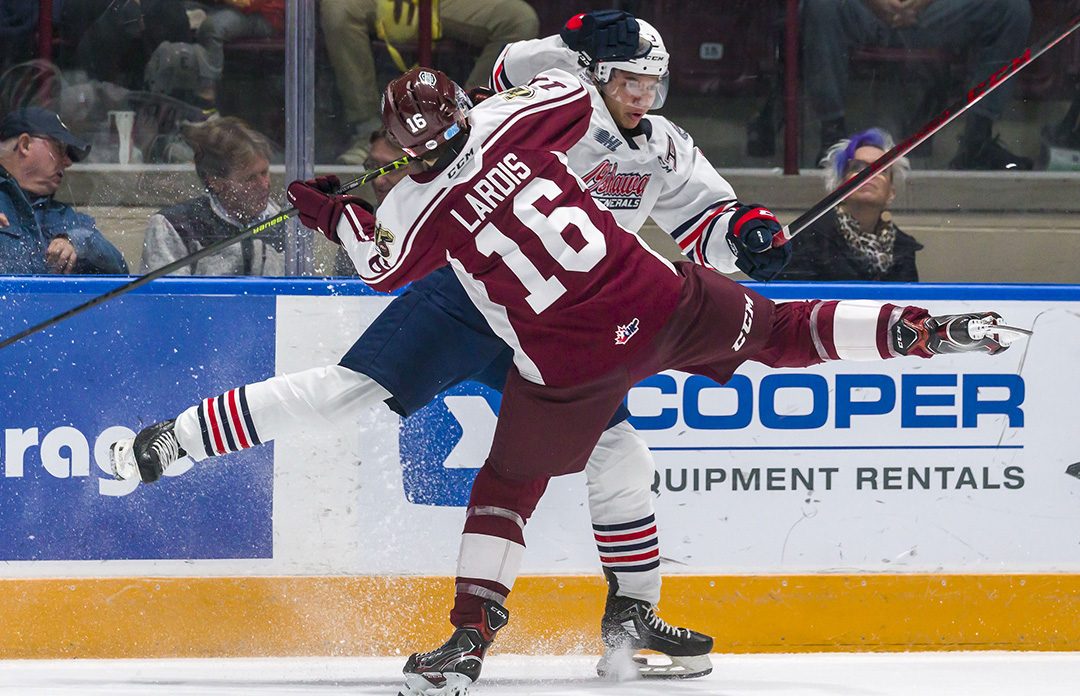 Yes, it’s early. Fourteen games in is not the time where you throw in the towel. But the Oshawa Generals have had their opportunities to prove they can play with the big boys and each time their result has come up wanting.

At some point soon management will have to consider if targeting next year for a run is a better option. But not yet.

Last weekend the club picked up three points from a possible six against quality opposition (with an oh-for-two swing through Michigan) and this weekend, with a pair of homes games pencilled in to give them an extra boost, the Generals again came up short.

The effort was there Friday night against rival Peterborough, a team off to a fast start at 9-4-1, but the result wasn’t as Oshawa dropped a tight 3-1 decision to the Petes. Peterborough got a break on the first goal when a shot by Quinton Page ricocheted off two bodies and went in and a couple minutes later Nick Lardis’ quick shot fooled Patrick Leaver and it’s 2-0 before the game is ten minutes old.

Brett Harrison scored his fifth of the season on a snapshot in the second period but an empty net goal sealed the win for Peterborough.

Sunday’s night’s performance against the Saginaw Sprit – who beat Oshawa in a wild shootout the week before – was not as memorable as the Generals came out flat and Saginaw took advantage, scoring five unanswered goals for the victory.

Mitchell Smith with a pair and Pavel Mintyukova led the Spirit with three points each and Tristan Lennox made 26 saves for the shutout.

Oshawa is now 5-7-2 on the season and it doesn’t get any easier as the team is next in action Friday night in the nation’s capital against the 12-1 Ottawa 67s.