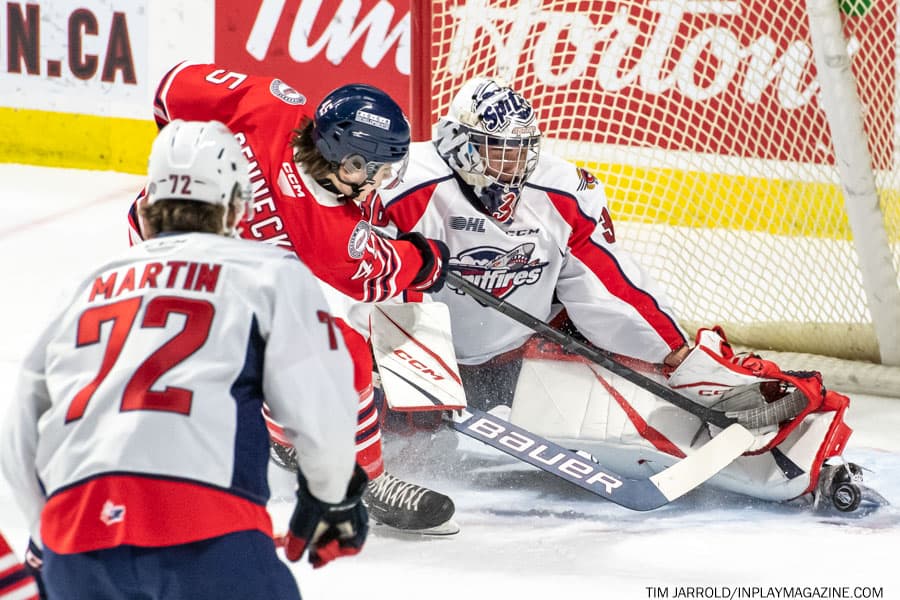 It was an explosion of goals for the Oshawa Generals Sunday night in their return home after a seven-game road trip with the club scoring a season-high nine goals in an emphatic 9-5 thrashing of the West-leading Windsor Spitfires.

Ryan Gagnier, Calum Ritchie and Ryder McIntyre gave Oshawa a 3-0 lead in the first period and the Generals outscored Windsor 4-3 in a wild seven-goal second to jump in front 7-3 after two.

Oshawa native (and former Clarington Toro) Liam Greentree led the Spitfires with a hattrick while long-time Generals’ nemesis Shane Wright, in his first game against Oshawa as a member of the Spitfires, was held to just one assist while former General Brett Harrison, who had a big five-point night Saturday against Barrie, was held off the score sheet entirely.

Carter Bickle made 31 saves in the win as Windsor, who went into the game 24 points clear of the Generals in the standings, out-shot Oshawa 36-30. The Generals, who wrapped up their 4-3 road trip Friday night with a 3-2 loss in Kingston, honoured World U-18 champions Hannah Clark (Oshawa) and Alex Law (Whitby) in a pre-game ceremony.

Oshawa is now 16-21-4 on the season, three points adrift of Sudbury for the last playoff spot in the Eastern Conference despite the Wolves 2-1 loss in North Bay Sunday night.

The Generals’ next game is Friday in Kingston but sophomore star Ritchie will hit the ice two nights earlier when he suits up for Team White (against consensus #1 pick Conor Bedard of Team Red) in Langley, B.C. in the 2023 Kubota CHL/NHL Top Prospects game. 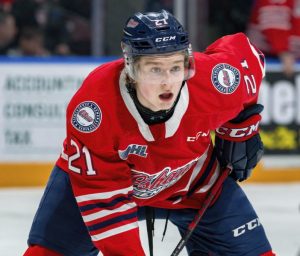