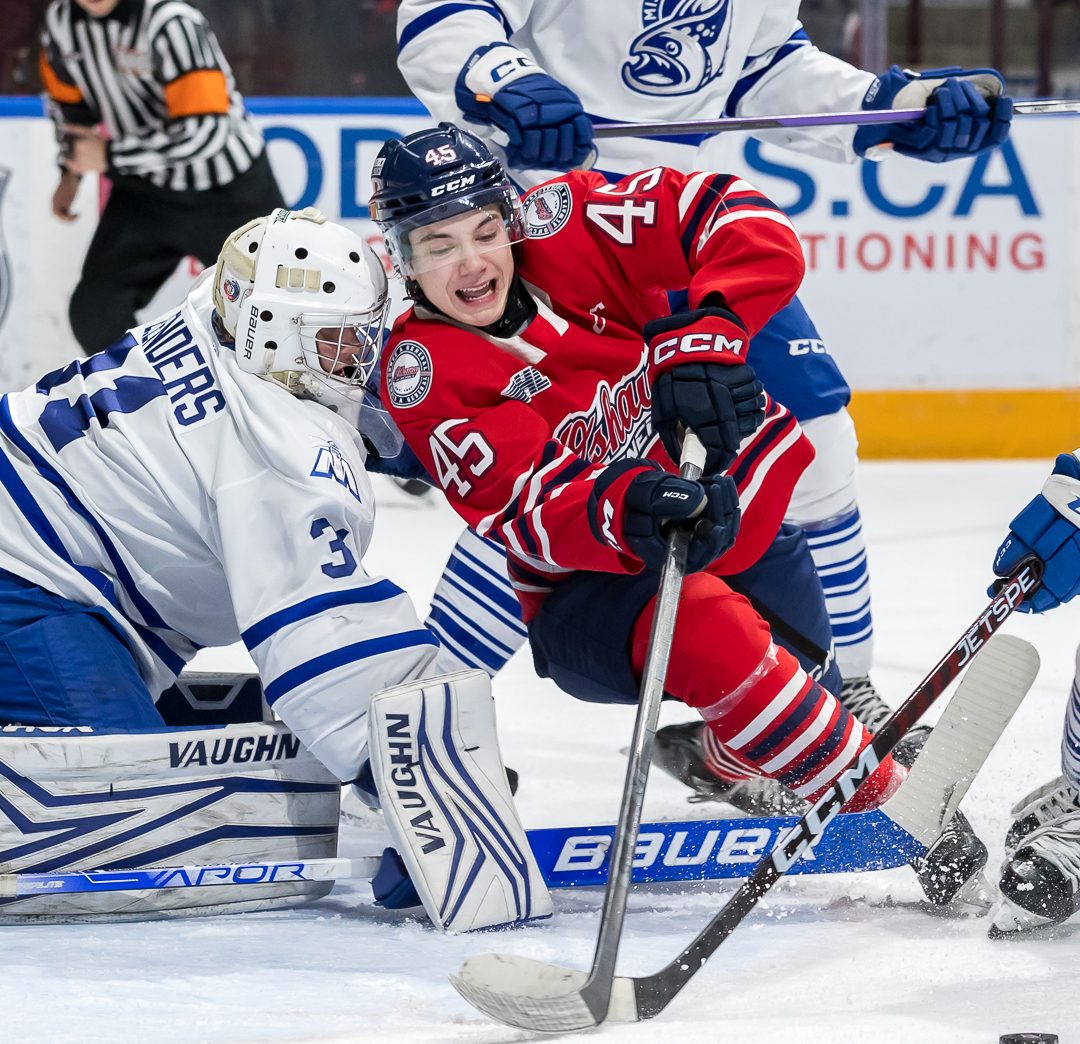 The Oshawa Generals once again led a big lead slip away Tuesday night at the Tribute Centre.

Fortunately for the club and their playoff hopes, they were able to climb out of the hole after the visiting Mississauga Steelheads scored four times to take a 4-3 lead heading into the final minute of regulation.

With goaltender Carter Bickle pulled for an extra attacker Stuart Rolofs took a nice feed from Calum Ritchie with 46 second remaining and scored from the right slot to send the game into overtime.

In the extra frame Joseph Serpa used a Steelhead defender as a screen to score the winner 2:38 in, the newly acquired Serpa’s second goal as a General.

Dylan Roobroeck scored the first two goals of the game, his first career multi-goal game. Veteran Ryan Gagnier had the other Oshawa goal.

James Hardie led the Steelheads with a goal and two primary assists. Hardie now has 113 career goals in a Steelhead uniform, just one away from the franchise record.

Oshawa, now 12-17-4 on the season, outshot Mississauga 36-21. The Generals, who head north for games against North Bay Thursday and the Sudbury Wolves Friday night, leapfrogged the idle Wolves Tuesday to grab the last playoff spot.

There were just two other games in the OHL Tuesday night, with Peterborough winning their sixth straight in taming Hamilton 5-3 and London getting by Guelph 3-2 in overtime.

The trade deadline is Monday.