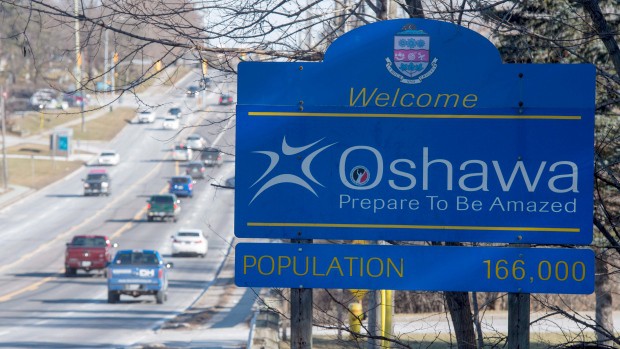 Both candidates were disappointed the Greater Oshawa Chamber of Commerce-sponsored debate – which was to be aired on Rogers TV – was cancelled after Liberal candidate Afroza Hossain pulled out, but Rhonda Gorham, Carrie’s campaign manager, said the “time crunch” facing Carrie before the September 20 election meant she had to turn down Panylo’s challenge.

“I don’t think that working that out and making that happen with such a short campaign – with 11 days left – I don’t think that’s something I want to do,” she said, “I’d much have rather have my candidate talking one-on-one directly with voters.”

Panylo called the Chamber’s decision to cancel the debate “undemocratic,” especially as the candidates were already aware the Green Party candidate would not be there.

“They had planned it to go ahead with the three of us,” she said, “and then once the Liberals pulled out they said  literally, word-for-word, ‘we didn’t think it was worth it,’ to just have the two of us.”

Panylo said she was told about the cancellation “about two hours before we were supposed to be there.”

“It was very frustrating for me.”

Gorham shared Panylo’s sentiment, “It was very disappointing, obviously, but you don’t get much of a debate with only two left.”

Liberal Deputy Campaign Manager Bianca Hossain said they were sorry to hear of the cancellation. “Afroza had every intention of participating, but an urgent personal matter came up that she just had to attend to,” she said.

“We were under the impression the debate would continue.”

The debate organizers are planning individual interviews with candidates in the run-up to the election, which all three campaigns have voiced interest in.