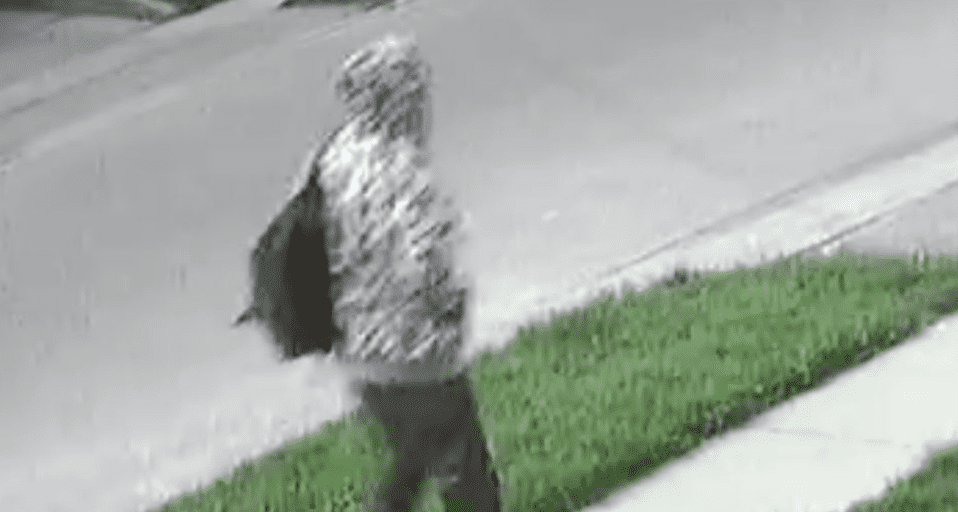 Police are looking for the man pictured as part of their investigation into an Oshawa arson. - Via DRPS

Durham police are after the arsonist who torched a pickup truck in Oshawa and have released an image of a man they believe is involved.

Investigators released a surveillance video sill of a suspect on May 13. They describe the suspect as a white man wearing a white and grey hoodie, blue jeans and black shoes.