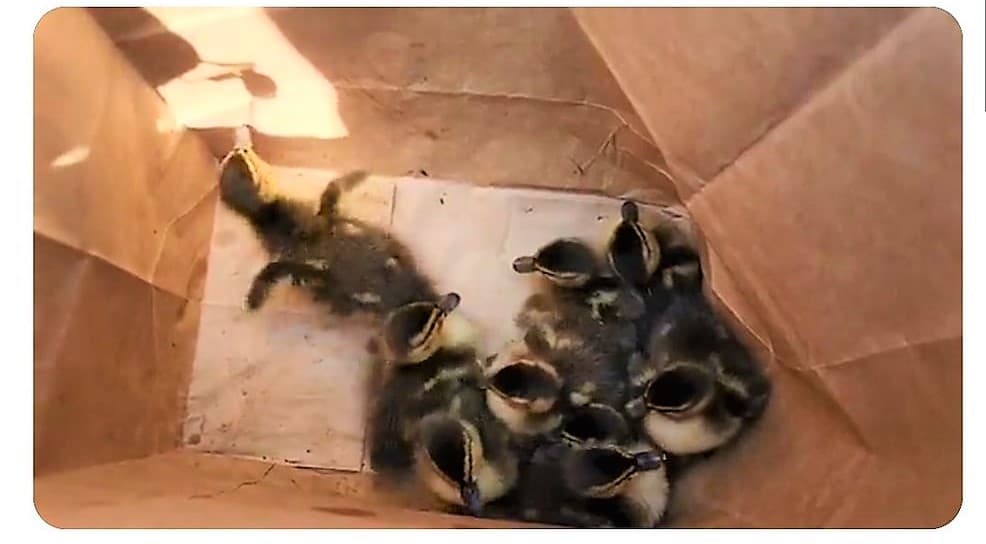 Eight ducklings were found stranded on Highway 406 in St. Catharines today before they were rescued by the OPP. (Photo: OPP Highway Safety Division)

After a truck leaking hydrochloric acid on Highway 406 between Westchester and Glendale in St. Catharines shut down portions of the highway for clean-up yesterday, the OPP found themselves dealing with birds of a different feather this morning (May 12).

Eight lost ducklings were found huddling against a concrete wall on Highway 406 at Fourth Avenue.

A Good Samaritan had stopped their car at an exit medium to see if the eight ducklings could be saved and before long, the OPP spotted the pulled-over car.

An officer quickly rescued them but noted there was no mother duck in sight. It remains unknown how they were separated from their mother or even how they found themselves on a major highway.

The OPP was going to leave the matter in the hands of the local Animal Service. Here’s the full “lucky ducks” story.