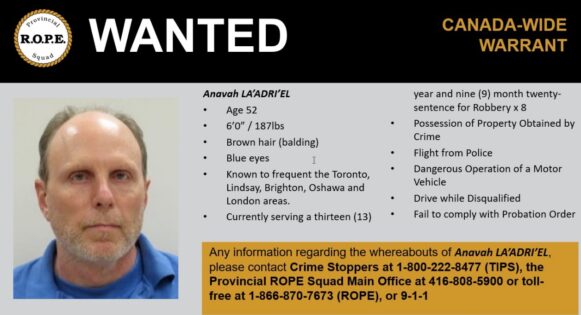 Ontario Provincial Police are searching for a federal offender with known connections to Oshawa who breached his statutory release conditions.

He is serving a 13-year and nine-month sentence for eight counts of robbery, possession of stolen property, driving without a licence, dangerous driving and fleeing police.