OPP in Niagara stop a Jeep with a fake plate, validation sticker 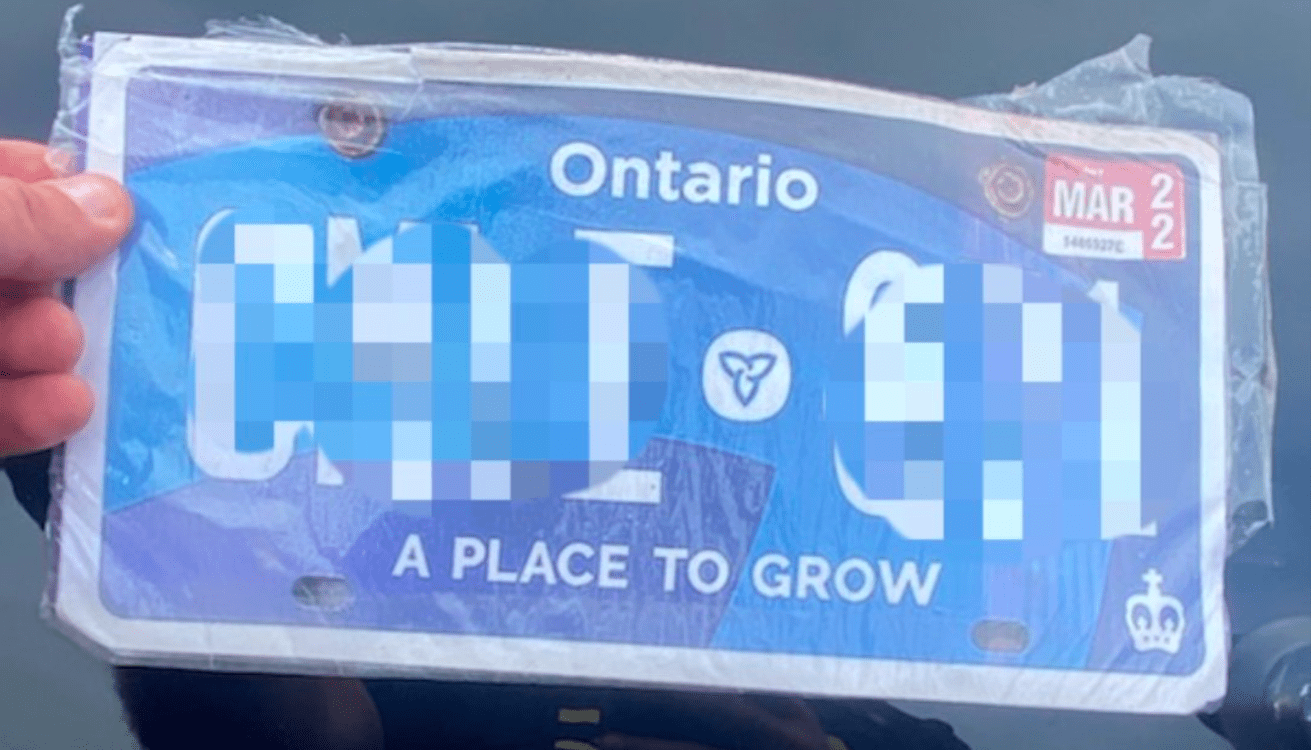 A Jeep driver in Niagara Region was nailed for strapping a fake license plate to the front of their car.

The Jeep was headed through Port Colborne when officers noted the unusual looking license plate. On closer inspection police found the plate was a fake of the recent blue Ontario design.

The Provincial Government made registration stickers free in the run-up to the recent Ontario election. However they still need to be renewed every one to two years.

Instead of getting their free sticker, the Jeep driver now has to pay $1,100 in fines.

#NiagaraOPP stopped this veh in #PortColborne today, the driver had created their own plate and validation sticker. $1100 in fines later, probably cheaper to get #TheRealThing. ^kw pic.twitter.com/FINpiJUskd