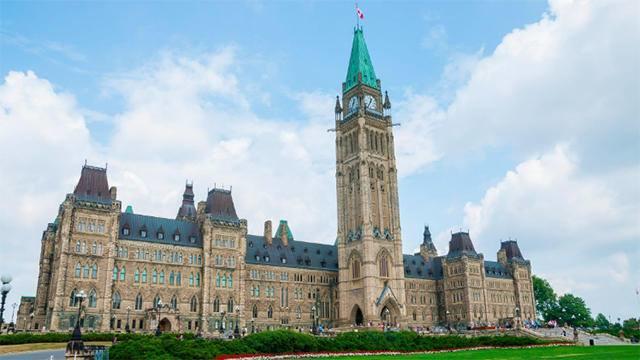 That’s the best way to sum up how I feel about this election. For those of you hoping to have a policy filled debate and deep examination of the issues, think again. So far any policy announcements, however many, have been drowned out by character flaws, amidst accusations of hypocrisy and being liars all around.

My earlier prediction of how this campaign is focused on personalities has only been reinforced by what has transpired in the last two weeks.

The most infamous case is that Justin Trudeau, as an adult man nearing his 30s, put on ‘brownface’ during a 2001 costume party in Vancouver; Trudeau came to the party dressed as Aladdin. The Liberal leader had to issue a clear and unequivocal apology and Liberal candidates were left scrambling to justify the previous behaviour of their ‘virtue signalling’ leader who for years criticised political opponents for catering to racists or even being racist themselves.

In all honesty, I can recall in 2001 that terms such as ‘fag’ and ‘Paki’ were still considered just insults rather than homophobic or racist slurs and our understanding of Sikh or Indo-Canadian culture was not as clear as it is today. However, the blackface thing is another matter entirely, as such a practice has been widely considered taboo for decades.

All this speaks to a level of hypocrisy that has been muted about Trudeau until now. He goes around preaching multiculturalism and understanding, yet demonstrated a complete lack of it with the brownface / blackface stunts. Trudeau also carries himself as a ‘champion of the environment’, yet it was revealed this week that he has been travelling for the campaign using two planes: one for him and media, and the other for equipment, signage and flags to various events.

“You’re the only leader using two planes on the campaign trail: one for you and the media, and the other for your costumes and your canoe,” Conservative Leader Andrew Scheer quipped at him. Somehow, I doubt the response from Trudeau that he’s buying carbon offsets will fly with Canadian voters (no pun intended).

But it’s not like Scheer himself has been immune to questions about his character, having billed himself as an insurance broker prior to entering politics. The Globe and Mail revealed that he was never licensed to sell insurance in his native Saskatchewan. Scheer was eventually forced to backtrack and explain that he was simply ‘on his way to getting accredited’ being a broker while working in a broker’s office, but left that job after a few months to embark on a political career.

Scheer himself even raised the issue on a blog post about former governor general Michaëlle Jean, who held dual citizenship with Canada and France.

The irony of his second question about Jean is striking to say the least.

“Nobody asked,” was Scheer’s response when he was asked why he didn’t bring up his dual citizenship before, and now says he renounced it when he became Tory leader and that ‘paperwork is being processed’ before the election was called. But your political instincts must be lacking if you didn’t think that was a major issue that should have been addressed if you wanted to become prime minister.

Justin Trudeau and Andrew Scheer: the two men who are still the only viable choices to end up winning the election on October 21 and becoming the leader of this country. Unfortunately Jagmeet Singh, who has actually handled himself rather well during the campaign thus far, is still mired in third place and the best the NDP can hope for is influence in a minority government situation.

But at the end of the day, let’s accept the fact that both the two main party leaders are very flawed individuals with their own problems. They both applied different standards to themselves when it came to past behaviour. A friend of mine posted that they both want to get elected, but in order to do so they believe they have to hide their own negatives and be holier than thou when responding to the negatives of others.

“Whatever happens, we’re likely to end up having a hypocrite as prime minister. That being the case, let’s focus on actual policies that might affect our day-to-day lives and the health of the planet.”

That is probably the best thing we can fall back on at this point in the election.