OPINION: Lockdowns are no longer acceptable 2 years into the pandemic in Ontario 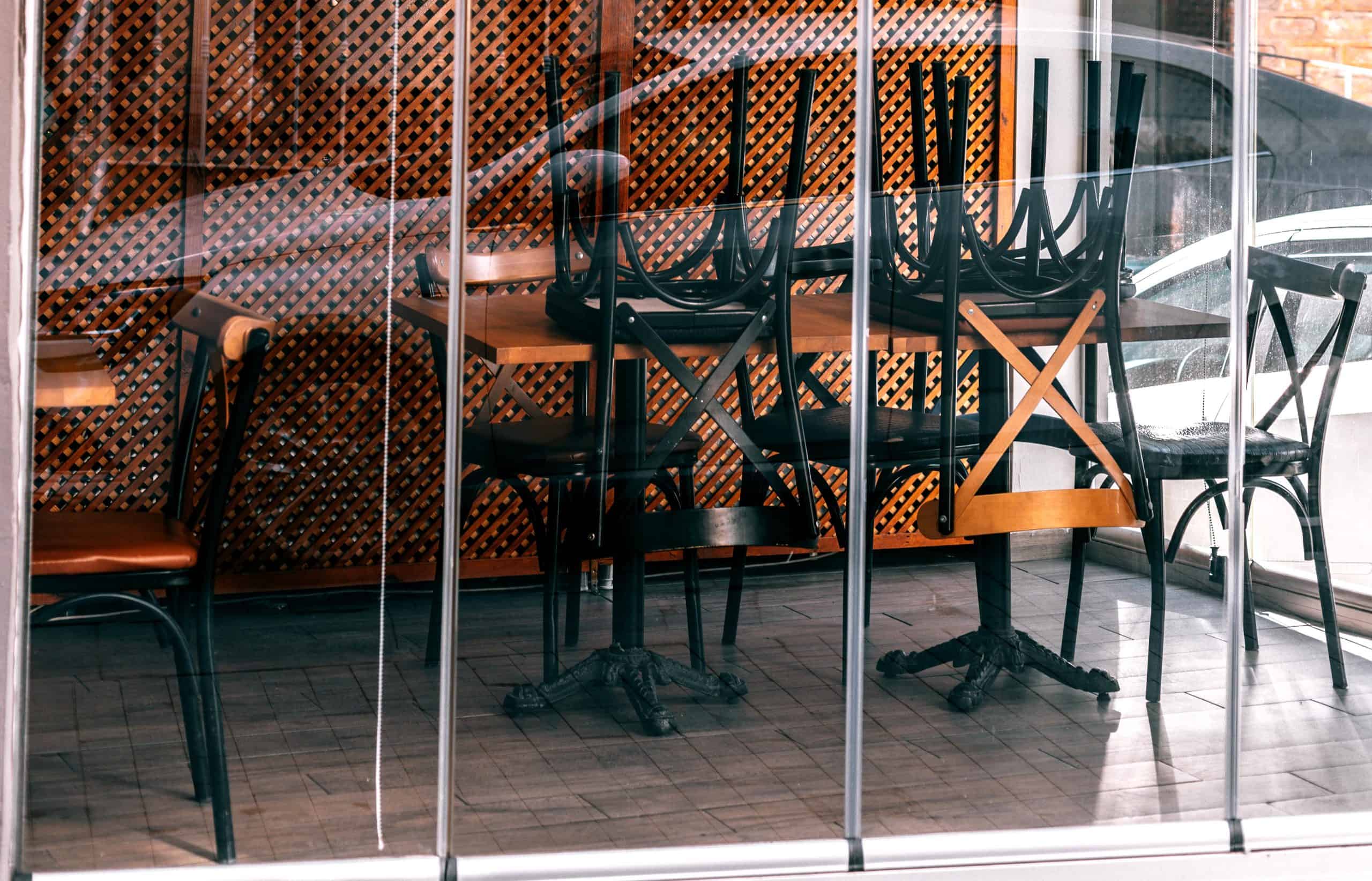 In March 2020, people from all over the world were told that they needed to close their businesses, pull their children out of school, avoid friends and family and stay home to help stop rampant transmission of a mysterious respiratory virus that, while not generally dangerous to most individuals, was sickening older and more vulnerable people at alarming rates and overloading health care systems as a result.

Most people complied. They were moved by the use of wartime rhetoric and believed that locking down was the right thing to do to thwart illness and protect hospitals. They believed the sacrifice of their livelihoods, hobbies, social lives and mental well-being wasn’t just noble, but non-negotiable.

But now, going into our third calendar year of the pandemic with over 80 per cent of the entire population of Ontario vaccinated with at least one dose, this current lockdown is simply not acceptable.

And yes–it is a lockdown. It does not matter that malls are still open at reduced capacity and that people aren’t being arrested for having more than five people in their homes. Ontarians, after doing everything that was asked of them to protect the fragile health care system, are once again being told that they cannot operate or frequent gyms, restaurants or indoor recreational spaces, go to school, socialize, or access some necessary surgeries and medical procedures.

Right now, with less than 400 COVID-positive people (388 as of Jan. 7) in ICUs across the province, we have health organizations such as the Registered Nurses Association of Ontario calling on the Ontario government to roll the province back to stage one of its reopening plan, a move that would further restrict capacity limits at open businesses.

Despite two years of preparation time, huge vaccine uptake and a very compliant population, we’re pretty much back to where we were this time last year: mass school and business closures with no end in sight (and no, there’s no guarantee that schools and businesses will reopen by the end of the month).

There are a few reasons we’re facing significant restrictions (and calling them “protections” is a manipulative tactic used to shame people into supporting lazy draconian measures) and one of those reasons is our shockingly fragile health care system. Recently, Brampton Mayor Patrick Brown rightly pointed out that Canada ranks near the bottom of Organisation for Economic Co-operation and Development (OECD) countries when it comes to hospital beds per capita, adding that 90 per cent of hospitals beds in the country were in use before the pandemic began.

Canada ranks near the bottom of OECD countries when it comes to hospital beds per capita. For context, we had 90% of hospitals beds in use in Canada before the pandemic even started. Why are we not having a national conversation on the inadequacies of our healthcare capacity? pic.twitter.com/K5SLWZN9oQ

Brampton residents might also recall that in 2017, Brampton Civic Hospital made headlines for being forced to leave patients–some of them quite ill–on gurneys in hallways for hours or even days. That’s how over-capacity the city’s only full-service hospital got during a regular flu season.

According to the OECD, Canada currently boasts 2.5 hospital beds per 1,000 inhabitants–lower than comparable peer countries such as France (5.8 beds) and Australia (3.8).

Rolling lockdowns will not solve this daunting and terrifying problem long-term and it’s disturbing that lockdowns–which are severely harmful and disruptive–are becoming the go-to solution for entirely expected COVID-19 surges.

“It disappoints me that people think the first line of intervention when a respiratory virus increases is lockdown,” says Dr. Sumon Chakrabarti, an infectious disease specialist at Trillium Health Partners in Mississauga.

“We have a tendency to want to go towards lockdown as the first step. We’re over capacity every winter and having something that can help with surge capacity is something we need. We rank at the bottom for hospital beds by OECD standards. I get that when this thing started, the health care system was something we needed to protect but we’re still telling the citizens that they’re responsible for protecting the health care system.”

Another reason we’re facing a lockdown is that Ontario residents are still, by and large, supportive of drastic public health measures. Too many people feel it is their virtuous duty to continue to sacrifice for the sake of the health care system and it’s not a mystery as to why.

Ontario Twitter is dominated by COVID talk. For us, COVID is not just a crisis–it’s an obsession. How one reacts to the virus is driven, in large part, by personal politics. Some hard-right conservatives decry the very existence of life-saving vaccines and some hard-left liberals refuse to leave the house and often take to social media to write overwrought posts such as, “I don’t know who needs to hear this, but wearing less than two N95s to get the mail is not okay #CircuitBreakerNow.”

Data indicate that omicron is milder than other variants on an individual level and while this is undoubtedly good news (although not fantastic news, as the virus is still circulating and sending many people to hospital), Twitter’s most vocal COVID warriors are intent on shaming anyone who points out that this strain is less severe.

To say it’s milder, they argue, is to trivialize the suffering of anyone who is severely ill.

“If anything positive about the virus comes out, people will tell you not to say anything that makes people think this is over. This thing is more mild–absolutely. We have good evidence of that from multiple places from all over the world,” says Chakrabarti.

“What can also be true is if you have a massive number of cases, that proportion of sick people can be big in absolute numbers. People in hospitals, their disease is different than what we saw in the third wave,” he says, adding that the disease is putting strain on hospitals because vulnerable people who are feeling dizzy and at risk of falling, for example, are requiring admittance.

Mild diseases can, he says, always turn serious in patients with underlying conditions.

“Rhinovirus–a cold–can put someone with COPD in the hospital. [Omicron] is milder, but it can still be serious for some.”

Another disturbing response to lockdown skepticism is the use of tragic, terrible anecdotes about children who have died or become critically ill after contracting COVID-19. Such stories are horrific and while these children deserve to be remembered, their stories are often weaponized to silence anyone who argues against school closures.

While deaths–especially in children–are devastating, the risks of COVID in young people are almost certainly being overstated to scare parents and shame private citizens into believing that they must continue to sacrifice their livelihoods and mental health to serve a health care system that is supposed to serve and protect them.

A health care system that they pay into quite handsomely.

“There certainly are a lot of cases of omicron in the community so you’re inevitably going to get cases of kids who get sick. It’s terrible and there will be a very small number of kids who get sick and die and being a father myself, when you hear these anecdotes, that tugs at your heart,” says Chakrabarti.

“You have to compartmentalize and look at the rarity of that situation and it has to be pointed out that there are four million kids in Ontario and this has been a very, very rare event.”

At this point, pushing for and advertising one’s compliance with lockdown measures has become a mark of one’s virtuousness–their selfless dedication to protecting a crumbling, debauched society obsessed with money and self-indulgence. To voluntarily lockdown is to reject “profits over people.” It is to declare that you’re able to “skip drinking at a bar for a few weeks” to “save grandma.”

Lockdown advocacy has become a near-religious orthodoxy in this province. It goes beyond wanting to protect a system that is supposed to protect us.

“Lockdowns cause immense harm and you download risk to people who can’t work from home. I don’t think that closing schools and closing the community for something with a whiplash curve like omicron [makes sense],” says Chakrabarti.

“I think that the outcome at the end of January will be the same, regardless of whether we locked down or not.”

And when we reopen, the virus is always right there waiting for us.

Sure, you could argue that omicron is a unique challenge and that we need to adapt to these once-in-a-lifetime situations. It is true that hospitals are under strain and that many doctors and nurses–who are extremely tired after two years of this–cannot work because they are isolating after contracting the virus themselves.

That said, what is the long-term solution here? Will we shut down large swaths of society every time there’s a new variant? Every time hospitals are stuck dealing with COVID and flu outbreaks during the colder months?

Paying people to stay home made sense in a pre-vaccine era. Now, it’s a lazy solution that puts the onus on the individual to control a virus.

“This comes down to the idea that we have a lot of control over this,” says Chakrabarti, adding that even authoritarian states such as China are having trouble containing outbreaks.

“Even if it were possible, we saw the cost of trying to control this in a place like Australia, where things caught up to them. What costs are you willing to pay? Having police enforcement of get-togethers is not worth it.”

Some will argue that lockdowns and school closures are worth it if they save just one life, but that ignores the fact that we do things every day that carry some risk of injury or death. Things such as driving, playing sports and going swimming. It’s okay to be scared of a virus and to want to mitigate risk whenever possible (such as by getting vaccinated, improving ventilation or wearing a mask when appropriate).

That said, we need to accept that no environment will ever be 100 per cent “safe.”

When someone says that rolling lockdowns must end, people are quick to accuse them of not caring, insinuating they’re somehow insulated from the consequences of unchecked transmission.

“You wouldn’t say that if you had a child at risk of getting sick,” some say.

“You wouldn’t say these things if you lost someone to COVID-19.”

I am saying that lockdowns must end. I say this as the parent of a child too young to be vaccinated. I say this as someone whose father contracted COVID-19 in the hospital while he was gravely ill with stage 4 cancer. He passed away in January 2021, after spending the last year of his life confined to his home without friends, family or respite of any kind.

Our time on earth is precious and we’re squandering it. Yes, we’re anxious about getting sick–but many of us are also scared that, at any moment, our freedoms (and no, that’s not a dirty word only used by Trump supporters in MAGA hats) will be snatched away for months at a time in the service of a system that is supposed to serve us.

At this point, it’s time to force smarter investment in health care and different solutions to expected outbreaks by refusing to accept that “hunkering down” is the only way to respond to the transmission of a highly contagious virus. We cannot keep doing this every time the temperature drops in Ontario.