Ontario’s Turtles are in a State of Emergency 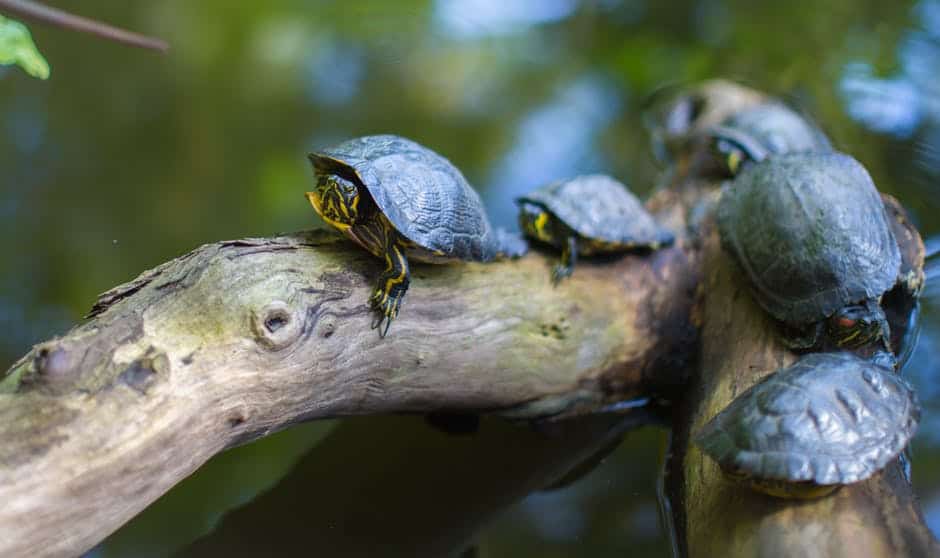 There’s been a massive increase in the number of turtles admitted to Ontario’s Turtle Trauma Centre in the past year. Several of Ontario’s turtle species are already at risk, and if current trends continue, we may never see a turtle in Ontario again.

According to the Ontario Turtle Conservation Centre (OTCC) in Selwyn, Ontario, seven of Ontario’s eight turtle species are species at risk.

The turtle population in Ontario is declining, and the OTCC says they will go extinct if current trends don’t change.

As such, it’s been declared that turtles are in a state of emergency across the province of Ontario.

At this time last year, the Kawartha Turtle Trauma Centre (part of the OTCC) admitted 280 turtles. Thus far in 2017, that number has almost tripled to a whopping 696 turtles so far.

So, why are turtles facing extinction in Ontario, and what brings so many turtles to the trauma centre?

While turtles do face many natural threats – from predators like raccoons and foxes, from skunks digging up eggs before they hatch, and, for young turtles whose shells haven’t hardened, from being eaten by herons and large fish – they face even greater risks from humans.

“The risks that are naturally a part of turtles lives are exacerbated, as predators exist in higher numbers in areas where humans are present,” Donnell Gasbarrini, turtle programs manager at the OTCC, told inbrampton.com. “Human garbage is a constant food source, leading to more raccoon, fox, or skunk young surviving and preying on turtle eggs and hatchlings.”

“The primary threat to Ontario’s turtles is habitat loss, mainly through the development of natural areas and the construction of roads that go through turtle habitat,” said Gasbarrini. “Road mortality occurs when turtles are hit by cars on roads and are often left on the roadside, where they die. This cuts their lives short and reduces the number of years that each adult is able to contribute to its population, ultimately leading to population declines because adults are not being replaced.”

According to the OTCC, it’s impossible to travel more than two kilometres without encountering a road in southern Ontario. And since turtles move anywhere from two to 20 kilometres a year, forced to cross roads, they often end up as roadkill.

The number one reason why turtles are injured is for that reason – because they are hit by cars.

Of the 696 turtles brought into the trauma centre so far this year, 641 of them were brought in after being hit by a car.

“Other reasons for turtles being brought to us this year are ingestion of fish hooks, hit by boat motor propellers, and some were attacked by other animals,” said Gasbarrini.

The fact remains that these human-driven incidents are pushing Ontario’s turtles towards extinction. Though the exact reason for the increase of turtles being admitted to the trauma centre this year hasn’t been pin-pointed, Gasbarrini suggested the most likely suspect.

“This summer has been the perfect temperature for turtles, not too hot and not too cold, which has likely encouraged them to move and to cross more roads,” said Gasbarrini. “We also worked very hard over the past winter to increase awareness of who the OTCC is and what we do. More people in all areas of Ontario know what to do when they find an injured turtle.”

The OTCC strives to protect Ontario’s native turtle species and their habitats. The Kawartha Turtle Trauma centre is the only turtle-specific hospital and rehabilitation centre in Ontario, taking in injured turtles from across the province, and sometimes from Quebec.

As a part of Ontario’s wetlands, it’s important that Ontario’s turtles are taken care of.

“All of the water that we drink, fish, and play in originates in wetlands, and turtles play a vital role in keeping our wetlands clean and healthy,” said Gasbarrini. “They do this by acting like wetland janitors, as they eat plants and animals that have died. Turtles also act as a great food source for other animals, and as they grow they play a higher role in the food chain and consume animals that can be pests, like insect larvae.”

With all of this in mind, there are steps residents can take to help Ontario’s “wetland janitors.”

The OTCC is always taking in turtles, and people are encouraged to bring in injured turtles, and contact the organization via phone call if they find one.

Further, residents can help turtles who they find crossing the road.

“We can also all help by aiding turtles that we come upon as they are in the midst of crossing a road. If the turtle is not injured, it can be picked up and brought across the road in the direction that it is headed, or that it is facing. If a turtle is brought backwards, he or she will likely re-attempt to cross the road after you leave,” said Gasbarrini.

Another effective measure is installing mitigation structures on the roads.

“Public pressure on politicians and regional planners to install more mitigation structures on roads, such as turtle-appropriate fencing and culverts to allow turtles to cross under the roads instead of over them, are vital. These structures have been found to be very effective, and will stop turtles from getting injured on roads,” said Gasbarrini.

Ontarians are encouraged to look out for the province’s turtles all year round.

For more information on the Kawartha Turtle Trauma Centre and the OTCC, click here.