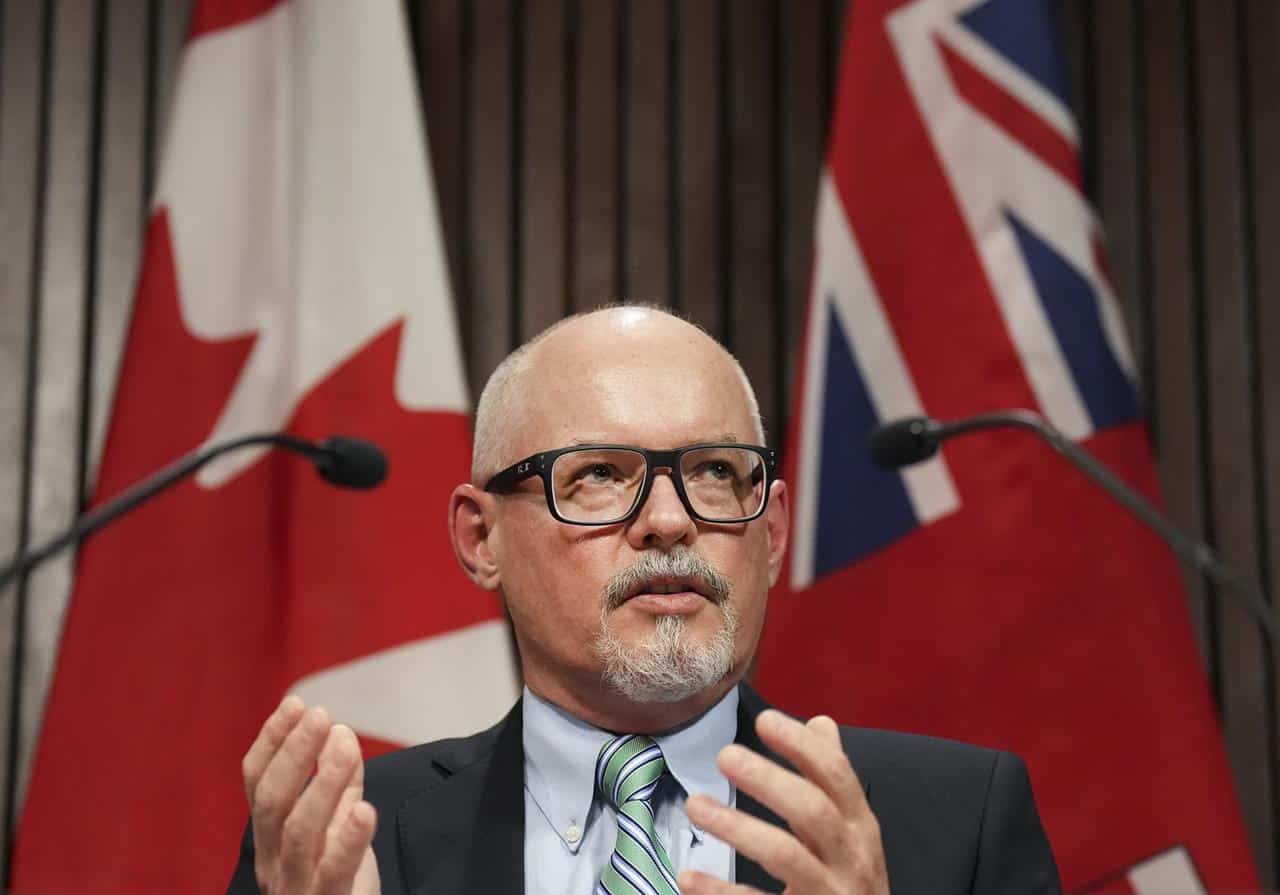 Ontario’s chief medical officer of health says he’ll be considering whether to make a stronger recommendation on masking in about two weeks after looking closely at data on flu cases.

Dr. Kieran Moore says the dominant flu strain this season is a bad one and the influenza season is expected to start picking up in the next couple of weeks.

Moore says this year’s flu shot formulation appears to be quite good at preventing hospitalizations, but it takes about 10 to 14 days to take effect, so Ontarians should get their shots now.

He says the influenza test positivity rate is expected to rise about five per cent this week, and if there are two weeks at that level the virus will spread more dramatically, so he will let Ontarians know at that point whether more people should be masking.

Right now Moore says he “strongly recommends” masks indoors for people who are older or with an underlying condition, but he has not yet issued a recommendation or requirement for the general public to wear them.

Dr. Fahad Razak, the former head of Ontario’s COVID-19 science advisory table has said the current strain the health system is under means now is the time to return to mask mandates.