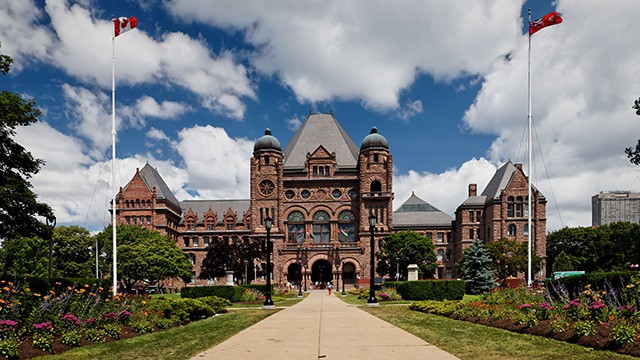 Things look like they’ve gone from bad to worse…at least according to the Ontario government’s fiscal outlook.

Finance Minister Vic Fedeli made the announcement at a speech today in front of the Economic Club of Canada, along with releasing the independent inquiry into the previous Liberal government’s finances.

According to the report, which was undertaken after the PCs took office, the Liberals left behind a $15 billion deficit. This is contrary to the claims of a balanced budget and that Ontario only ran a $3.7 billion deficit for the fiscal term of 2017-18.

Other key findings from that report include:

“Only when the Government of Ontario truly accounts for its real deficit position can we begin to put the province back on a path to balanced fiscal sustainability,” said Fedeli.  “This is why we are so quick to accept the Commission of Inquiry’s recommendations and work, in good faith, with the Auditor General on solutions.”

“We are getting to the bottom of the previous government’s record of waste and mismanagement.The work ahead will be difficult, but the proper management of public finances is a moral imperative that can no longer be ignored,” added Treasury Board President Peter Bethlenfalvy.

Premier Doug Ford promised to find $6 billion in “savings and efficiencies” without a single public service job being cut during the June provincial election. But in light of these poor fiscal numbers, deep cuts and layoffs should be expected.

“The hole is deep, and there will be sacrifices without exception,” Fedeli added. The finance minister is expected to deliver a more detailed fall economic statement in November, followed by his first budget in the spring of 2019.

Bethlenfalvy previously announced the province launched an online consultation process (which recently concluded) asking the public for feedback on how to find those efficiencies.

It’s not the first time that a new government taking office has cried ‘the cupboards are bare’ when they take a look at the books after assuming office. When the Liberals took office in 2003, they examined the numbers and found the last Tory government left a $5.6 billion deficit for them to clean up.

This may sound like the same old game, but considering the spending the Liberals accumulated during their long tenure in office, Ontario’s fiscal shape could most definitely be in the dire straits Fedeli has outlined.

Whatever the results of that survey may be, in light of a $15 billion deficit and pending budget cuts, Ontario is in for a long period of bitter medicine as the province tries to balance the books.

But at whose expense? You can wait to see and find out, or just ask Ford yourself at the upcoming Ford Fest being held in Vaughan on Saturday, September 22.

Everything at Ford Fest is supposed to be free. Sadly, the incoming fiscal pain will not be.