Affordable housing has emerged as an important issue during this provincial election campaign. In one way or another, all the parties have promised to build more affordable housing units, albeit some may have different ways to achieving that goal than others.

Whatever the case may be, the fact is the solution to the affordable housing crisis is beyond just merely building more units, as it encompasses a myriad of other issues that link to economic and sociological conditions, income inequality, lack of public transit options, and even the idea of whether housing is a human rights issue in and of itself.

The Mississauga Food Bank recently held an affordable housing forum and invited candidates from the four major parties to attend and outline their vision and plans for housing. It was attended by NDP candidate Nikki Clarke (Mississauga-Malton) and Green candidate Libby Yuill (Mississauga-Erin Mills). 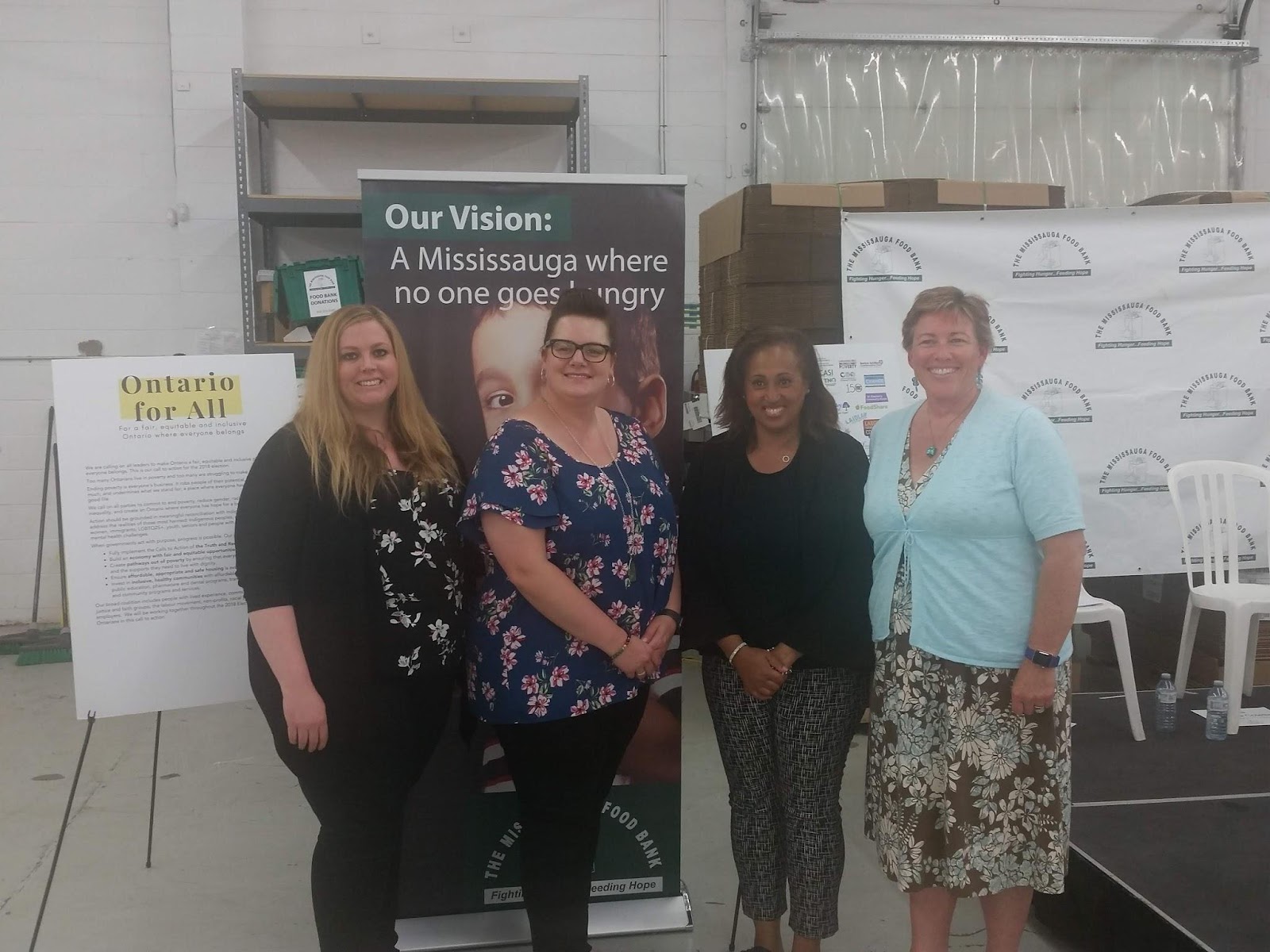 The Liberals were originally going to send a candidate, but they had a last minute scheduling conflict, while the PCs did not respond to the invitation, according to MFB organizers.

Also, according to MFB annual reports, the single largest expense burdening food bank clients is housing. Housing is only considered affordable when costs do not exceed 30 per cent of a household’s gross income. But MFB finds that of the over 200,000 visits by clients to the food bank and other programs, those clients are using 62 per cent of that monthly income on housing.

With Mississauga having only 10,730 subsidized units with an average wait time of over 5 years, according to city statistics, the two candidates outlined a variety of specifics aimed at mostly breaking down barriers to housing and changes to rules to allow a variety of housing options, although it was somewhat limiting since the NDP and the Greens mostly align on similar wavelengths on the housing issue. 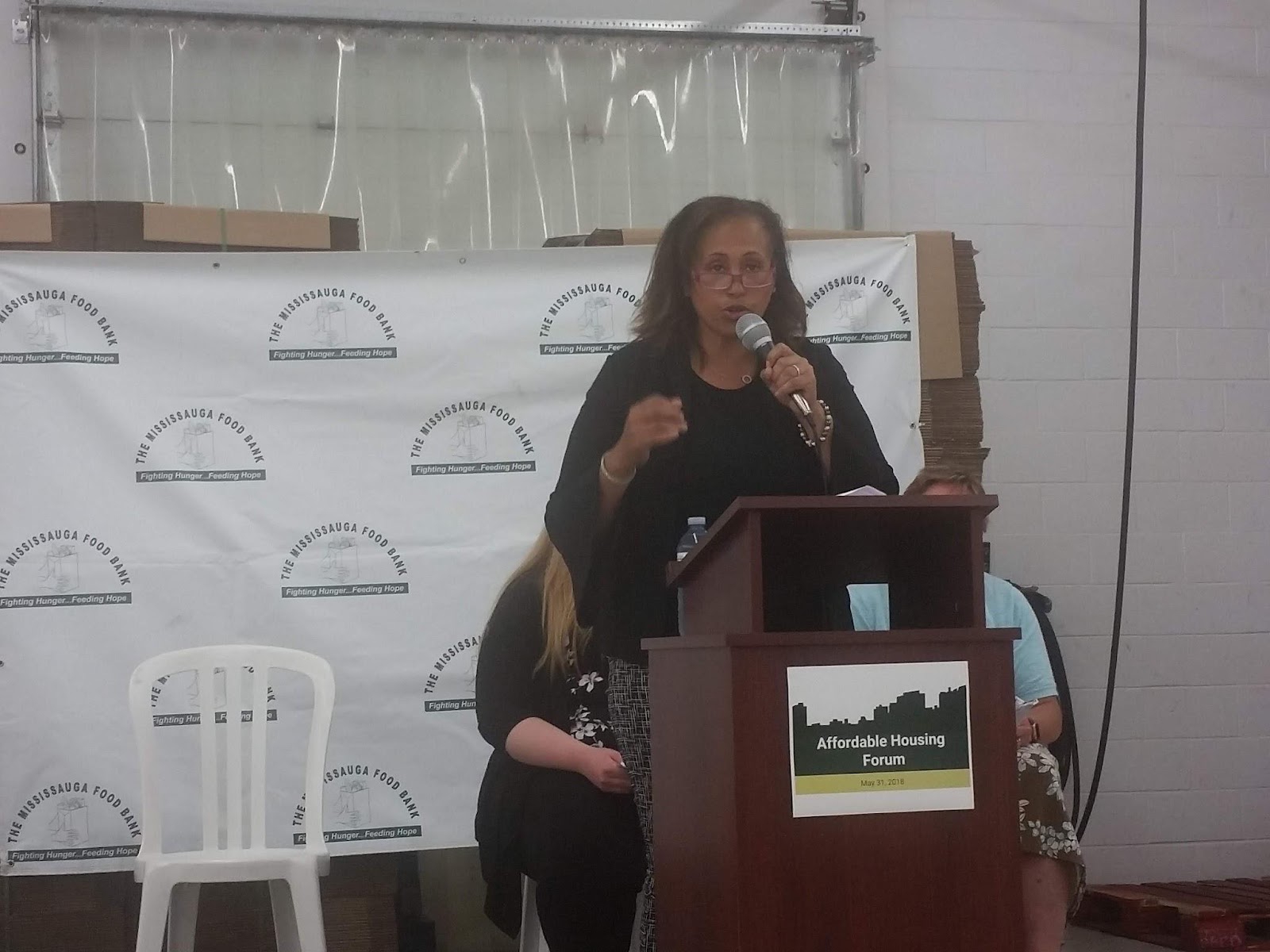 Clarke, the NDP candidate, stuck mostly to her party’s announced commitments on housing such as funding the province’s one-third share of repairing social housing across Ontario, with the municipal and federal governments contributing their one-third shares, the construction of 65,000 housing units in 10 years, and overhauling inclusionary zoning regulations to actually get developers to include affordable housing units, and cracking down on housing speculators. 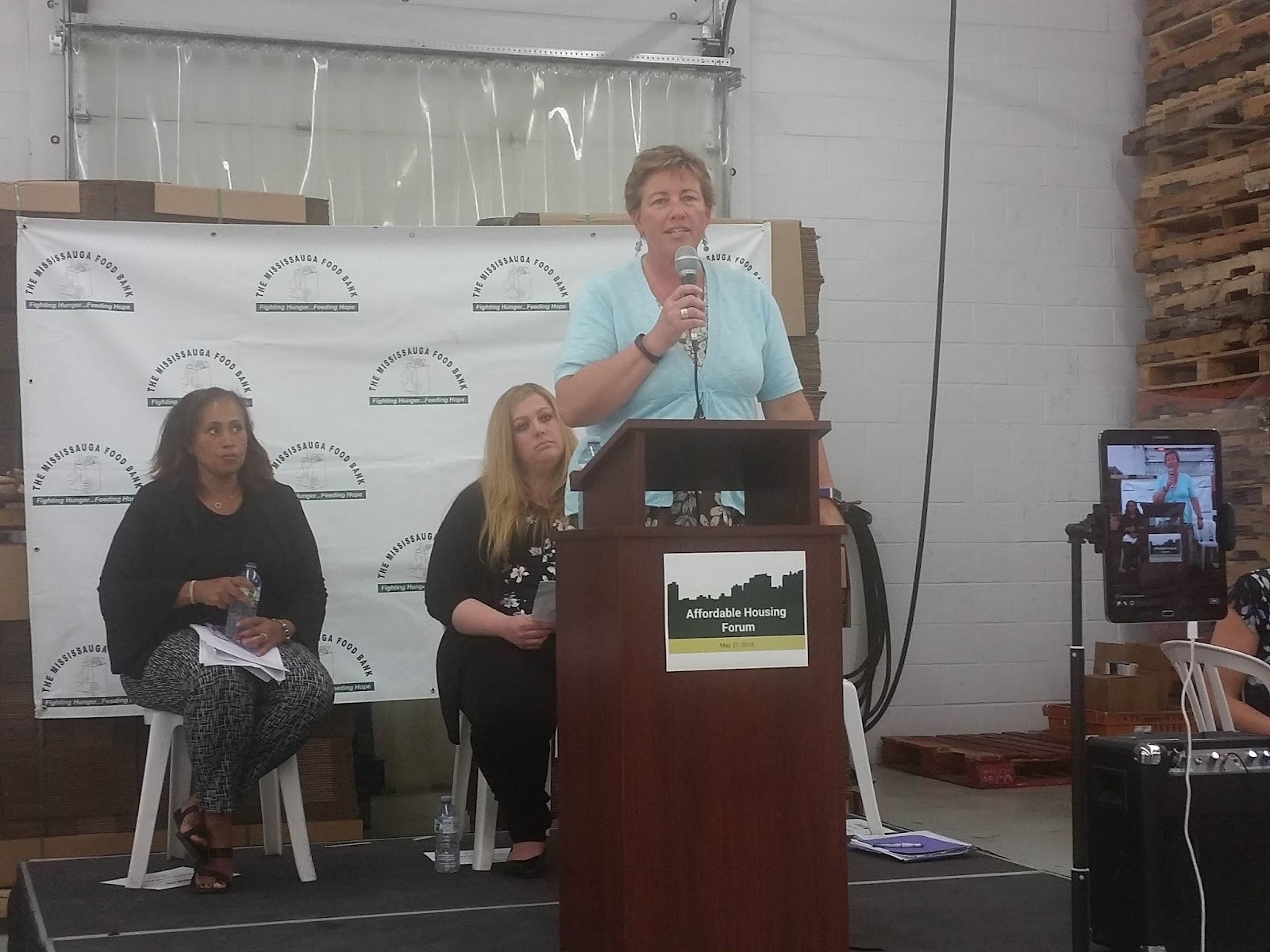 For her part, Green candidate Yuill also referred to her party’s platform but also made some personal anecdotes as well. The Green Party, she said, is committed to ensuring that all new developments have a minimum of 20 per cent affordable housing units (meaning 1 in 5 new homes must be below market value), pushing for a variety of different housing options such as “tiny homes,” laneway housing, co-housing and secondary suites.

The Greens also want to invest an additional $200 million over projected increases in the 2018 budget in funding for shelters, social, co-op and supportive housing, as well as changes to development, zoning and planning rules will not cost citizens more tax dollars, and increase the housing speculation tax.

As a former Conservative from Alberta (Yuill grew up in Medicine Hat), she said while reading over housing policy in Ontario, it was appalling that municipalities had to compensate developers for building affordable housing in their developments. “I think that is just total crap and it should be put to an end,” she said.

The Green candidate was really espousing her party’s platform on the idea of “tiny homes” and laneway housing as viable future housing options, saying that future communities need to be developed into a more integrated manner so people can just go downstairs to a ground floor level store to get some milk, or their dentist, wondering aloud why dentist offices are always in strip plazas in Mississauga. 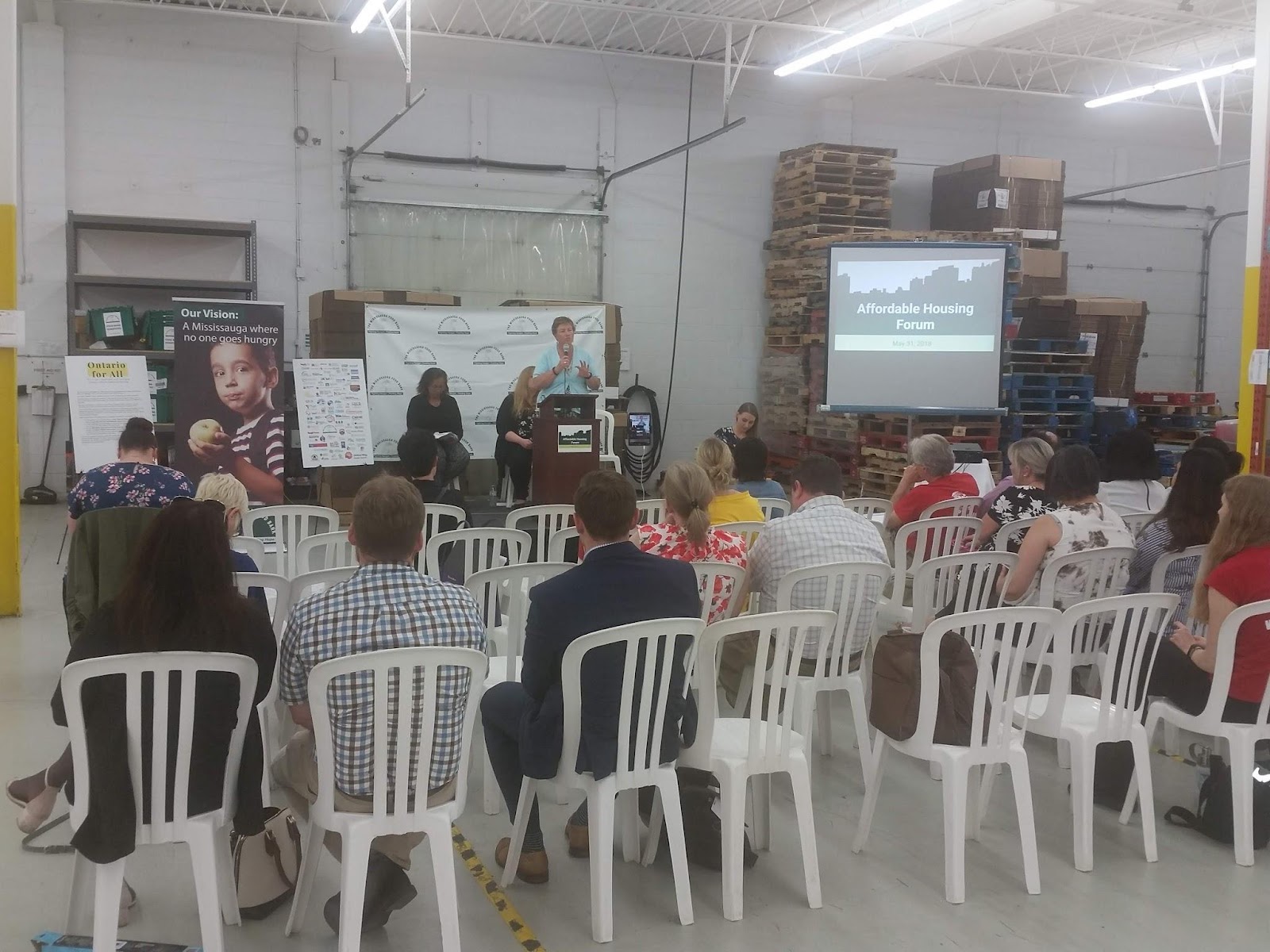 Overall, the NDP candidate’s outlining of her party’s positions came off as sounding like a government in waiting. At times, Clarke referred to her party as “the NDP government.” The proposals such as rebranding the Ontario Works program, signing onto the federal government’s National Housing Strategy, and taxing housing speculators are all within the confines of what can be done within the Queen’s Park legislative framework.

The Green platform on affordable housing can be considered outside the box in the sense that they specify on the allowance of housing types such as “tiny homes” and laneway housing, which have been seen in cities like Vancouver, but is not a type of housing familiar in the GTA. That would be a significant challenge to get government and developers to build and change policy to allow such housing types; currently the market is geared towards high rise condominiums and townhouses.

Such proposals would likely require just a whole new way of thinking, and the Greens need to elect at least one MPP to Queen’s Park to do that. Yuill’s prospects may not be that bright, but Green leader Mike Schreiner is running in a close four way race in his riding of Guelph and stands the best chance for the Greens to pick up a seat on June 7.

Whoever forms the government is going to have to address the housing issue, and they need to look at some rather innovative solutions and consider other issues such as accessible public transit, decent work and social assistance working together harmoniously in order to figure out a formula that actually gets people homes.

You can see a snippet from the MFB’s forum below and on their Facebook page.